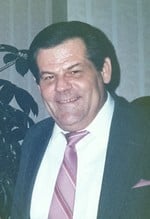 Jack was born in Pittsburgh, PA on December 15, 1942. Jack was a graduate of Largo High School, Largo, FL and attended St. Petersburg College, St Petersburg, FL. Jack had a passion for music and was a talented guitarist. At the age of 12 he started to perform in many weddings and celebrations in the Pittsburgh area. When Jack moved to Florida he continued to perform in night clubs in the St. Pete area. He was invited to play with Guy Lombardo’s Big Band, but instead, chose a career in the automobile business. He worked at McCracken Oldsmobile in Homestead, PA which was formerly his father’s dealership, George C. Dewar Olds. Jack was sales manager at McCracken Olds when he left to become general manager at Reardon Olds, Lakewood, FL. In 1976 he return to PA. and worked as sales manager at Jim Dewar Olds, his brother’s dealership. He retired to Wilmington, NC, in 1997 where he was a self taught financial investor and formed JWD Securities. Jack and his wife Ilona enjoyed the sun and warm weather in Wilmington during Jack’s retirement years. He was the happiest when he was boating and sailing.

In lieu of flowers, memorial contributions may be made to the Lower Cape Fear Hospice Center 1414 Physicians Drive, Wilmington, NC, 28401

No visitations at the home.

A memorial service will be held in Johnstown PA at Westmont Presbyterian Church in mid-April, at a date to be announced.