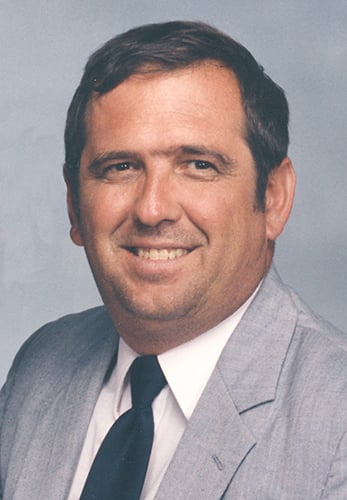 John Ellis Coleman, of Castle Hayne, passed away surrounded in love on January 2, 2020.

Born May 5, 1952 to the late William (“Sparky”) Davis Coleman and Doris Mae Butts Coleman, John was the youngest of five boys. In 1970, much to his mother’s dismay, John joined the US Coast Guard. He often shared stories of his time in the service with his family, regaling them with tales of ports visited and mischief “that found him” along the way. His service on the USCG Cutter McCulloch brought John to Wilmington, where he decided to make a home. There he found his calling when he joined the Wilmington Fire Department and began the career that he would dedicate the rest of his life to. No matter the cost, John never turned away from someone who needed help. Firefighting even led John to his wife Cindy, who he met while (you guessed it) at a barn fire. John would laugh and say that he whisked her off her feet (Cindy will tell you that his damsel in distress that day was a terrified horse). Whether it was because he was a “Rhinestone Cowboy” or his cheeky attitude, John did win Cindy over and they were married July 26, 1981. Cindy led John to the “family business” and he became a member of Wrightsboro Volunteer Fire Department where he would serve the Wrightsboro community throughout his career and even far into his retirement. Believing that “old firefighters had an obligation to teach young firefighters how to become old firefighters” he shared his experience and wisdom (sometimes tenaciously). He was also known to many for his yearly visits to local schools during fire prevention week, where he taught the kids the importance of fire safety, letting the kids try on the turn out gear and dressing up as Smoky the Bear. John also joined Cindy’s family at Bethany Presbyterian Church where he brought laughs and a deep bass to the choir. John’s professional service evolved further when he began working at the Sunny Point Military Ocean Terminal, first in the firehouse and later their fire boat. There he continued to embrace whatever the fire service threw at him with humor and, some might say, style. He retired from Sunny Point as a Captain.
With the birth of his two daughters, Kathryn and Sarah, the man who started out as 1/5th a team of mischievous boys found himself in a household full of girls. Thank heavens he had established sea legs because John excelled at being the “lone dude in a sea of estrogen”. And since he was never short on love to give, he became an honorary Dad to a few more girls along the way. But any of his girls will tell you that, day or night, he was always just a phone call away. From practicing dance routines to cheering at softball games, John was a devoted father. No matter how big or small the problem, John was always there.

Visitation for family and friends will be held 6 to 8 pm Wednesday, January 8, 2020 at Wilmington Funeral Chapel.

In lieu of flowers, please make donations to the Bethany Presbyterian Church, The Lower Cape Fear Hospice, or the Fallen Firefighters Fund.