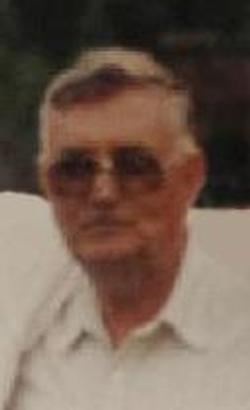 John Strahin was born in Preston County, West Virginia, in the same area where his forefathers settled in the late 1790’s.

When he was 15, John enlisted in the U.S. Navy during WW II and was sent to basic training. When his mother discovered where he had gone she notified the authorities and had him returned home. John’s commanding officer called him into his office and told him he was a good recruit, please come back when he was old enough.

In 1946, John was drafted into the Army and transferred into the Army Air Corps. John was assigned to the weather service, 54th squadron, based in Guam where he was one of the first Typhoon Chasers, flying into the eye of Typhoons. It was sometime during this that the Army Air Corps became the U.S. Air Force and after leaving Guam John was assigned to the weather office at Andrews AFB in Washington DC.

Later in his life John joined the Wilmington, NC Chapter 11, Disabled American Veterans and served as their post commander, working on their transition from their Market Street location to their office off College Road.

After the military, John worked in West Virginia coal mines until an accident caused him a compound fracture of his arm. John began working in chemical plants in Tennessee, Alabama, and finally transferred to Wilmington, NC where he eventually became plant maintenance superintendent.

John left the chemical plant industry in the mid-1970’s, accepting a job as manufacturer’s representative which necessitated his moving to Atlanta, GA, Jacksonville, FL, and eventually returning to Wilmington, NC. John left his sales position to establish Atlantic Packing and Gasket in Wilmington, which he operated until entering semi-retirement.