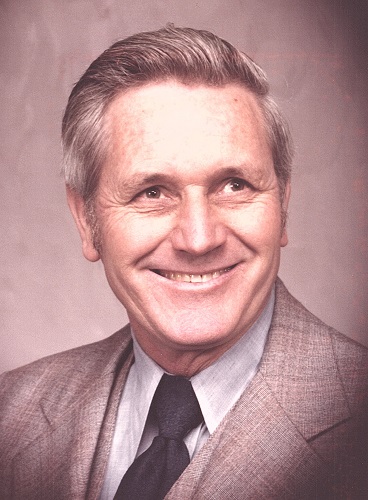 John Hardman Olsen, age 91 of Wilmington passed away peacefully in his sleep on Friday September 28, 2018.

He was born in Biloxi, Mississippi on October 1, 1926. His parents were Johnnes Edgar August Olsen and Margaret Alice Hardman Olsen.

John was a life long resident of Wilmington. He graduated from New Hanover High School and proudly served in WW II in the US Navy. Early in his life, he operated a dairy farm and tobacco farm in New Hanover County that is now the location of Olsen Park. In the 1960’s John harvested stumps with dynamite for the Hercules Power Company. He loaded them on rail car to be processed in Brunswick Georgia for turpentine, an important historical industry in NC. John owned and operated Cedrics Fish & Chips and the first Baskin Robbins Ice Cream Shop in Wilmington. He later operated numerous shops on the old Carolina Beach Boardwalk. He was a true hard working entrepreneur and was a member of the greatest generation.