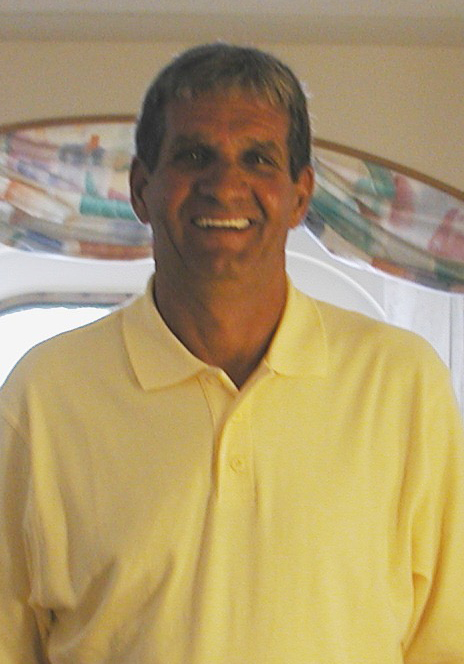 John “JJ” Joseph Fasano, Jr., age 72, of Wilmington, NC departed this earthly life on
Sunday, July 19, 2020, after a brief yet valiantly-fought illness at his home with his
loving wife of fifty-three married years – fifty-seven years altogether, their children, and
their children’s families by his side.

JJ was born on August 5, 1947, in Brooklyn, NY to the late John Joseph Fasano and
Margaret Pellinger Fasano. He was raised in Selden, NY and graduated from Newfield
High School in 1965, one year older than his future wife, and lifetime sweetheart,
Maureen “Mo” Fasano. Love at first sight was very real in the summer of 1962 when JJ
and Mo met at the Centereach pool. The couple later married on April 15, 1966. If you
were around either of them for any length of time, you knew without a doubt that JJ
loved Mo fiercely, and she loved him exactly the same.

Early on, JJ and Mo lived in Long Island, New York for twenty-five wonderful years.
They began their family of four children here; Michael “Mickey” Fasano (Sherri), Colleen
Tranchon (Glenn), Kim Dejewski (Steve), and John Fasano (Liz). The family continued
to grow through the years, and they were blessed with twelve grandchildren; GC
Tranchon, Brittany Tranchon, Brandon Tranchon, Tyler Tranchon, Steven Dejewski,
Mandi Dejewski, Alexa Dejewski, Courtney Fasano, Michael Fasano, Ashley Fasano,
Emma Fasano, Miller Fasano, and one great-grandchild, Fisher Tranchon. He was
predeceased by his father John Fasano, Sr., his mother Margaret Fasano and
daughter-in-law Heather Fasano. It is truthful to say that JJ, with the help of Mo, built a
legacy that he was so incredibly proud of. Family meant everything to JJ, and it was
evident through and through.

JJ had his family over for holidays or celebrations at his house to gather by the pool. JJ
loved to cook at these gatherings, and there was always more food than anyone could
eat. He was the absolute best story-teller in the world and laughs could be heard from
miles around. His own laughter was contagious. He had a way of making you hang on
to every word of the story wondering what he would say next.

JJ genuinely loved to be around his wife, children, grandchildren, and great-grandson;
all of the baseball, softball, lacrosse, football, soccer, and gymnastic events,
graduations, proms, weddings, and christenings to name a few. You could call on JJ for
any emergency; water heaters, pipe-bursts, electrical issues, any “how-to” issue, and JJ
was there. He even had a special request from one of his granddaughters to
homeschool her. That never happened, but if he could have, he would have. JJ was the
family’s professional photographer. He always had his camera in hand because his goal
was to capture every memorable moment of his family that he could, and his family is
now lucky enough to have thousands of irreplaceable memories. Each and every one of
JJ’s family members held a very special place in his heart. If you met JJ once, you
would never forget him, and if you meant something to him, he would never forget you.
He would give you his last dollar if he knew it would help you.

Second to JJ’s family was his tenacity toward his career. He gave every ounce of detail
and energy to any work he did. JJ began his career as a delivery driver for Pepsi for
several years. It was during his career with Pepsi that evidence of his unmatched work
ethic would set the framework in every career he had from that point on; JJ would often
do the work of two-day routes compressed into one. JJ was never afraid of work, and he
instilled those values in each of his children. If you know any of them, you know this to
be true.

Later, JJ moved on to advance his career with the Suffolk County Police Department as
an officer in Long Island, NY for thirteen years. During his time as a police officer, JJ
pursued his passion for carpentry. He began building and renovating homes. He started
two companies during that time; MCK Painting (his children’s initials) and Tanglewood
Real Estate. JJ built several homes throughout his lifetime including his father’s home in
Miller Place, NY. After retiring from the police department in 1984, JJ began his true
passion, which was renovating and remodeling homes full-time. JJ was not a “jack of all
trades”, he was a “perfectionist of all trades.” When he did anything, he triple-checked to
make sure it was done right. JJ was a skilled carpenter who had the ability to build
anything. He took tremendous pride in every project, and everyone knew if JJ fixed it or
built it, it was meticulous work, and it was going to last!

Eventually, JJ and Mo moved to Wilmington, NC in 1991 to be closer to family. Each of
their children and their families soon followed from NY to Wilmington, NC where they
established beautiful new beginnings and made countless new memories together.

It goes without saying, JJ was the “glue” in his large, very close-knit family – a great
family man, and one who will be missed dearly by his family and friends.

How lucky are we all to have had someone who makes saying goodbye so hard? As is
a tale, so is a life; not how long it is, but how good it is, is what matters. JJ lived a good
life.

The family will receive friends and family at a visitation to be held from 12:00pm until
2:00pm on Friday, July 24, 2020, at the Wilmington Funeral Chapel.

The funeral service will commence at 2:00pm and a graveside service will immediately
follow at Oleander Memorial Gardens.