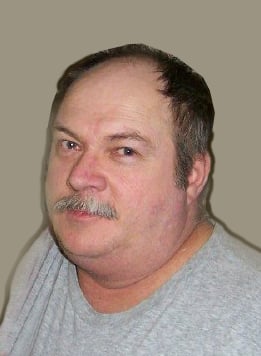 John was preceded in death, by his Father Cecil Williams. He is survived by his wife of 27 years, Cindy; his mother, Dora Williams; 2 children: Daughter Tonya Williams, and Son, John M. Williams, Jr.

John proudly served in the United States Coast Guard for 10 years, as a Damage Controlman. Among his many awards were his “Polar Bear” & “Square Knot Sailor” status. He also received many medals and commendations during this time. He last served on the Northwind, which,  at that time, was stationed in Wilmington, NC.

He was a Plumber by trade, receiving his Class II plumbing License on May 14, 1997. He worked for several companies in both North Carolina and Virginia, for 35 years, 3 of which were owning is own company, Just Plumbing, before becoming disabled in 2004, due to COPD & Emphysema. He was an avid Nascar fan, following all the drivers of the Stewart-Haas Racing camp.  He also enjoyed watching professional wrestling.

His passion though, was for veterans.  He worked tirelessly, at the Disabled American Veterans Chapter 11, as Transportation Coordinator, since 2008. He was also a “Trench Rat.”  He loved all his “brothers.”  His other enjoyment, came from going to the New Hope Pulmonary Rehab program.  He had been in that program since 2008, which his doctor credited with extending his life. He also formed some lasting friendships there also.

Thanks to all the doctors that have cared for John for the last few years. Also  the “angels” at Hospice, who made John’s end of life comfortable.

John, you may be gone from our sight, but not from our hearts. Until we meet again…

Please share memories and condolences with the family by clicking on the condolence tab below.