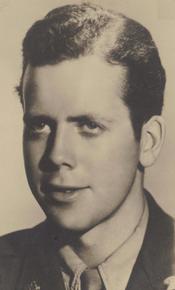 John was a loving husband, brother and uncle, with a strong sense of humor and loved by all who knew him.

He proudly served his country in the US Army in World War II and was a member of American Legion Post 1, Paris France. Dr. Carden was a College Professor, radio newscaster and wire service news writer for the Associated Press in New York City.

In 1968 he married the love of his life, Betsy Lane Martin. After their retirement he and Betsy relocated from Brooklyn, NY to Chapel Hill and Bantry Bay, Republic of Ireland.
From there they traveled the world in search of new adventures.

He was preceded in death by his parents and wife.

He is survived by his brother Robert and wife Marie of Reading, MA and Bloomington, IL.

A graveside service will be planned for later this month in Danville, VA.

We would like to thank the staff at Davis for their kindness and caring.