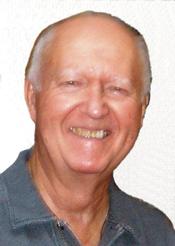 John Richard Magyar, 73, a resident of the Porters Neck Community passed away on Saturday April 9, 2011.

John was a proud veteran of the US Navy and was retired as a sales representative from Moore Business Forms. After his retirement he and his wife moved to Wilmington, NC where he enjoyed being with his new friends, living near the beach, playing golf and tennis. During his retirement, he represented PG Direct business forms and worked for Stevenson Honda as a courtesy car driver.

A memorial service will be 3PM Friday, April 29, 2011 at Wilmington Funeral and Cremation Chapel.

In lieu of flowers, please give a donation to your favorite charity in John’s name.