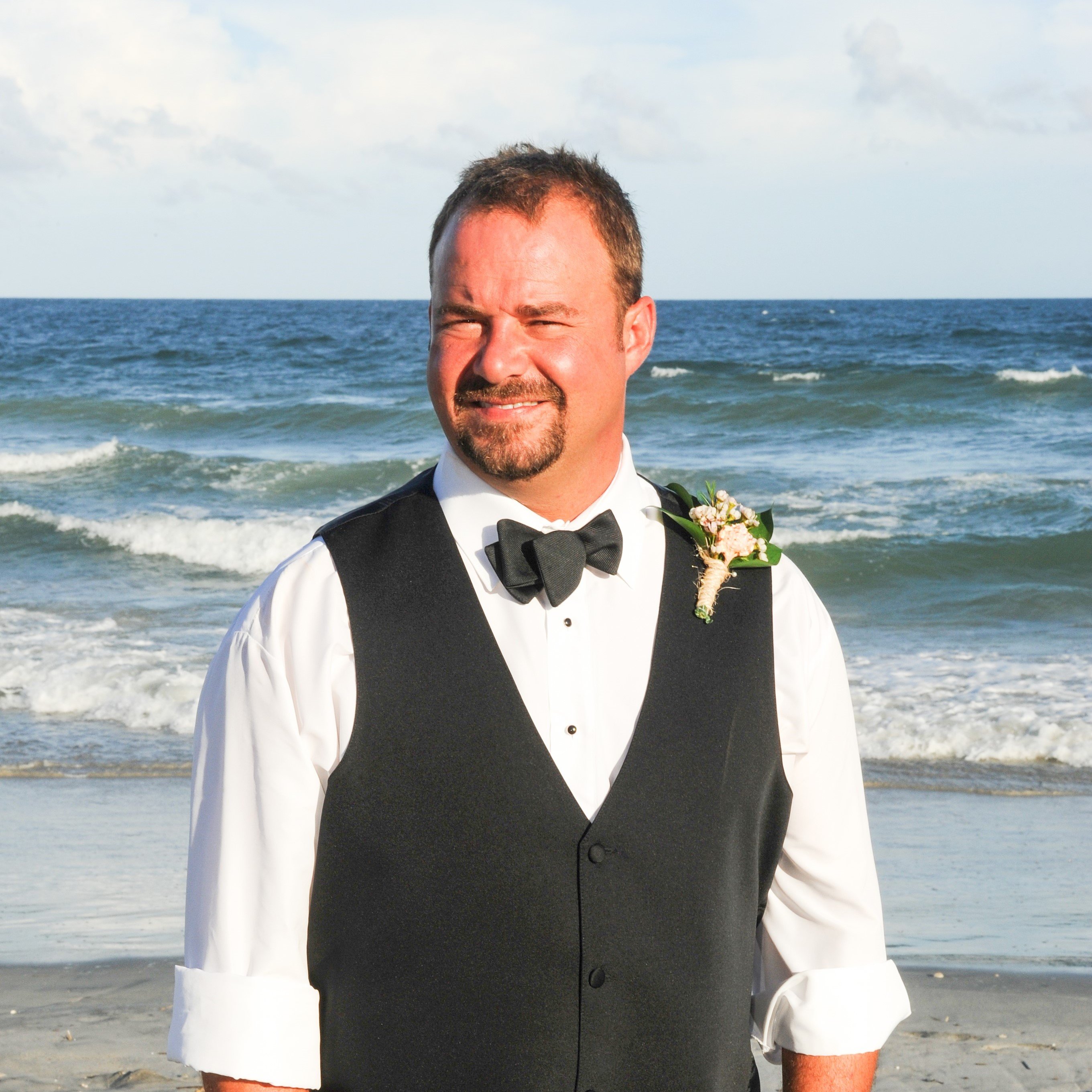 “Heaven Just Got Even Brighter”

John Samuel Freeman, Jr. of Castle Hayne, NC was greeted with open arms, as he was called to be with the Lord on the evening of May 16, 2017. John was born in Gwinnett County, GA, on Nov. 21, 1980. He joined his father, the late John Samuel Freeman Sr., “Sam”, this past Tuesday, who was surprised to see his son so soon, but happy to have the company “up there” as Sam had recently passed in Oct. of 2016.
John is already lovingly missed by the rest of us that are still “down here”:

Being an only child brought John close to his extended family. His aunts, uncles and cousins will treasure the fond memories of family vacations, holidays, and good times that they shared with John.

He will be greatly missed at Zimmerman Marine of Southport, NC, John’s place of employment for the past 2 years. He truly admired the folks there, and honestly enjoyed his job. Getting to fish during his lunch breaks was an added benefit John took advantage of often.
John’s faith in God started at an early age and continued into his adult life. With the love, support, and guidance of his church family at Port City Community Church of Wilmington, NC his faith grew even stronger, leaving no doubt as to John’s final whereabouts. Port City will miss the laughter, warmth and insight that John brought to each Refuge and Topics, where he was a weekly participant.

The flounder, deer and turkey birds, will live to see another day. John had a passion for the outdoors, and if he hadn’t had to pay any bills, he would have hunted or fished every day. His friends will miss the good times to be had, as they’ll think of John every time they “put one in the boat” or gear up in their camo. His wife will especially miss those mornings, where she just didn’t want to get up & go, but was glad she did when they pulled in that 5 pounder, sought out that 12 pointer, or long beard. They shared that love for the outdoors, where most of their free time was spent. John would let her tag along, and was so patient, especially during the turkey calling training sessions. John lovingly taught her everything he knew.

Of course, the Auburn Tigers lost their #1 fan. We will all miss the random “War Eagle” cry as John would holler every time he saw anything Auburn. It was downright entertaining to be in the same room with him when Auburn was playing, delightful to fellow War Eagles, but not so much for the Bama fans around.
John attended Auburn briefly, following in his father footsteps, but his fondness for the ocean led him to Wilmington, in 2000, where he graduated from Cape Fear Community College in the Marine Technology program. After school, John worked as a commercial fisherman, with Selby Lewis. He learned after a few years that fishing commercially just wasn’t the same as recreation, so he opted out, finding employment with Freeman Landscaping. That just wasn’t close enough to the water to suit John, so he found his true calling in Southport with Zimmerman Marine. John absolutely adored his work family, and they have always treated John and Jennifer like family.
John was just an all-around fun guy to be with. He was always smiling, never negative, sharing that joy with everyone he knew. John carried the hope of Christ, and would tell you about it, if you wanted to listen. He would even try to get you to come to church on Sunday if you didn’t watch out! He had the awesome gift of gab, and just a talented sense of humor. Wherever he went he’d have the people laughing, before departing. He never met a stranger, and each encounter led to a smile. He was a patient and kind soul, who leaves behind a legacy of love. John’s ultimate gifts to us are the smiles, now and for years to come, from the unique and individual memories he’s left each of us that knew him.

John Samuel Freeman Jr. was truly one of a kind, and will be greatly missed.

In Lieu of flowers, please give donations to Port City Community Church, or The Gideon’s International, The Coastal Conservation Association of NC, or a charity of your choosing.

Services, open to everyone, including visitation and funeral will be held on Thursday, May 25, 2017 at Port City Community Church
250 Vision Drive Wilmington, NC 28403.

Visitation starts at 12:00pm, followed by the Funeral at 2:00pm, immediately followed by a graveside service at Oleander Memorial Gardens
Reception at 128 South Front Street, downtown Wilmington, for close friends of the family and family 4:00- 6:00pm