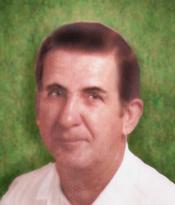 John Vincent York of Wilmington, NC departed this earth on Monday, September 10, 2012 at Lower Cape Fear Hospice & LifeCareCenter.
He was born in Mauch Chunk, PA on October 28, 1927, the son of the late Michael C. and Margaret Lapos York. He was preceded in death by his best friend and only son, John Michael York (07-07-58 to 08-10-99). He was also preceded death by one brother, Francis York, and one sister, Anne Polivka.

John participated in the CC corps as a firefighter while still in high school, as men were enlisting for the war effort. IN 1944, John enlisted in the U.S. Navy, serving aboard the USS Rochester and the USS Kearsarge. John returned to Nesquehoning, PA to work in the family’s store until he was called to the US Naval Reserve in order to refit WWII tanks for the Korean Conflict in the Philadelphia Shipyard.

Mr. York retired after after 30 years from the US Postal Service as a letter carrier in Havertown, PA. He relocated to this area in September, 1990 and enjoyed taking his family out on his boat fishing. He loved the water.

Surviving is his wife of sixty years, Mary M. York of the home; two daughters, JoAnne Y. Ladd and husband, Todd of Oahu, HI and Barbara York of Wilmington, NC; his devoted grandson, Timothy Ladd of Oahu, HI who said “He was a good man, a good grandfather. I love him and will miss him very much.”; three brothers, Michael York and wife, Nora of Landsford, PA, Dr. Thomas York and wife, Dr. Mary York of State College, PA, and Charles York and wife, Maria of Virginia Beach, VA; two sister, Margaret Dolena of Nesquehoning, PA and Cecelia Krajcir and husband Francis of Allentown, PA. John is also survived by a goddaughter Cathy and numerous nieces and nephews.

In lieu of flowers, memorials may be made to Lower Cape Fear Hospice, 1414 Physicians Dr., Wilmington, NC 28401 or to a charity of one’s choice.