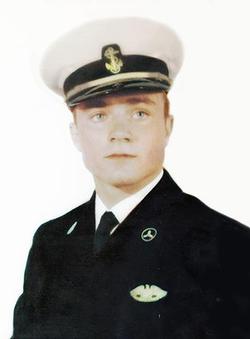 Jack was born June 13, 1925 at the Philadelphia Navy Yard, the son of the Master Chief John Morris and his wife Gertrude. Jack was the big brother of his two beloved sisters, Norma and Jean.

Starting as a midshipman at Kings Point Merchant Marine Academy, Jack served throughout World War II in the North Atlantic, the Persian Gulf, the Mediterranean, and the Pacific theaters of operation.

While on leave in 1944 he met the love of his life, Mary Louise Vanderberry at her parents’ home in Hopewell, Virginia. Returning home after the war they were married October 19, 1946 and were inseparable for 68 years.

Following his graduation from the University of Richmond Jack worked for the YMCA for his entire career, retiring as the executive director of the Wilmington Y in 1985.