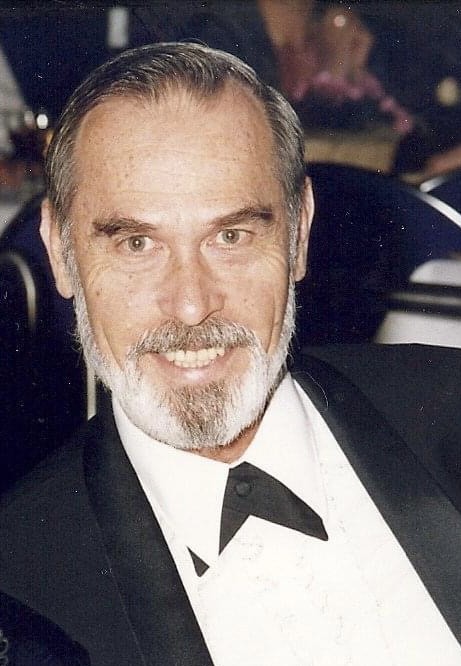 Johnnie Ned Henagan, of Wilmington NC, passed away at the age of 90 on Monday, January 16, 2023 of pancreatic cancer at Lower Cape Fear Lifecare Hospice Center. He left this life in the loving arms of his wife with his children by his side. Johnnie passed at exactly 5:00pm, when Retreat is sounded on military installations to signify the end of the workday. Retreat is traditionally a time to secure the flag and pay respect to what it stands for.

Johnnie was born on October 10, 1932, on a tenant farm in Bayou Current, Louisiana to Carrol and Alma Henagan. As a youth, he learned the value of hard work and by age 17 was managing a cotton gin. After graduating high school, Johnnie attended McNeese State University on an ROTC scholarship, graduating in 1954 with a degree in Education. As a 1st Lieutenant in the US Army, Johnnie was stationed in Germany in 1956 where he met the love of his life, Ilse Rumpf. They married and went on to begin a life together that took them around the world. Johnnie’s continuous desire to serve others led him to a career with the American National Red Cross, serving on military installations around the globe including Vietnam from 1968-1969. From 1970-1972 while based in Japan, Johnnie was honored to act as the National delegate to meet monthly with the Chinese officials on the Hong Kong/China border to ensure our US POWs held in China were cared for according to Geneva Convention protocol. Concurrently, he was the official US representative to the Japanese Red Cross. He then went on to earn his MBA from the University of West Florida in 1976 and graduated from the US Army Command and General Staff College in 1977. In 1990 he was sent to Saudi Arabia in support of Desert Shield. Johnnie was extremely proud of his military career, always referring to it as an honor and a privilege. He rose to the rank of Colonel and retired after 32 years of service.

Upon retirement in 1994, Johnnie’s call to serve continued. His love of Wilmington and Historic Sunset Park in particular, led him to appointments to the City Board of Adjustment, Planning Commission, and many other City of Wilmington committees. A strong believer in the preservation of neighborhoods, Johnnie co-founded CONA (Council of Neighborhood Associations) and served as President of that organization as well as President of the Sunset Park Neighborhood Association for many years. He also worked closely with the Wilmington Police Department to develop strong, positive community relationships. In 2010, Johnnie was presented with the City of Wilmington Inaugural Service Award in recognition of volunteering significant time and effort to the betterment of our community by Mayor Bill Saffo.

Johnnie was predeceased by his parents, Carroll and Alma Henagan and his brothers Billy, Jimmy and his wife Shirley, and Jerry Henagan.

Surviving are his loving wife of 66 years, Ilse, and their two children, son Patrick Henagan and wife  Laura of Raleigh and daughter Helene Henagan Gallaway and husband Larry of Houston, TX as well as his sisters-in-law Fammie Henagan and Pauline Henagan (Louisiana) and Ute Lutzel (Germany). His five grandchildren, two great-grandchildren and many nieces and nephews were his pride and joy.

A memorial service will be held at a future date.

In lieu of flowers, the family requests that donations be made to a charity of choice.

Please share memories and condolence to the family by visiting the “Tribute Wall” below.