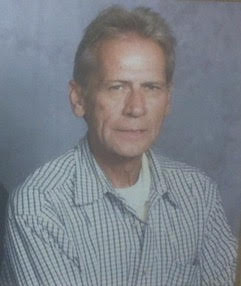 Wayne was a tough, but loving man. Childhood took Wayne down many paths, eventually leading him to join the United States Army. As a communication specialist in Vietnam, Wayne developed a strong work ethic. That same work ethic stayed with Wayne as he later became a successful carpenter for over 30 years.

Wayne had a great love for family, especially his children. He is survived by his wife, Patricia Hayes. Sons, Curtis (Gail), Jason (Cindy), Jonathan and daughter Emmy.
Affectionately known as “Poppy”, Wayne has 5 grandchildren: Kendall, Morgan, Shawn, Savannah, and Harper. Wayne also leaves behind a sister, Carolyn (Richard), who was often by his side to provide care as his health declined.

A special thank you to Lower Cape Fear Hospice and the nursing staff from the Oncology floor at NHRMC.

Lastly, the other great love in Waynes life was his love of music, particularly Merle Haggard…… “And thats the way love goes.”

No service is planned at this time.