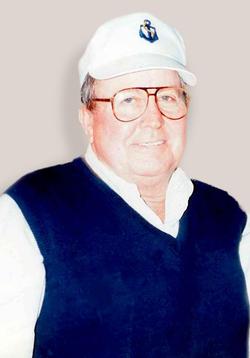 Joe was born in Alabama on May 17, 1934 to Thomas and Ethel Shrewsbury. He was raised in Memphis Tennessee and later joined the Marine Corps and was stationed in Camp LeJeune. He met Bea while on leave in Wilmington, who became his wife for over 61 years.

Joe was a proud veteran of the United States Marine Corps serving in the Korean War. He was in sales most of his working life and most recently owned and operated The Nautical Shipwreck, in downtown Wilmington until his retirement.

Joe never met a stranger and would fellowship and talk with anyone about any subject, always having a story or a joke to tell. He was very creative and always had a special project going on.

Memorial service will be held 11 am Friday, September 4, 2015 at Wilmington Funeral Chapel.

Memorial donations may be made to Super Cooper’s Little Red Wagon Foundation, 710 Market St., Suite 45, Chapel Hill, NC 27516 www.supercooperswagon.org, or a pet rescue of your choice.