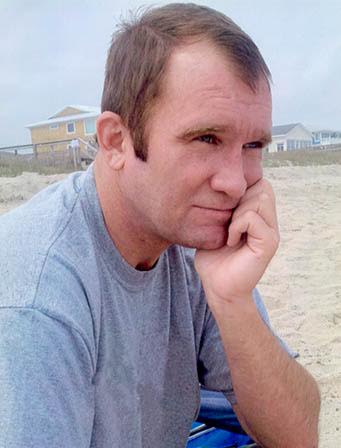 In his younger years Brent enjoyed spending summers with his grandfather Red in the Florida Keys. Those times contributed to his love for the beaches and water. A proud native of Wilmington, he graduated from Hoggard High School in 1989. With honor, he wore the #90 in positions on the offensive and defensive lines. Brent helped the Vikings win a State Championship during his high school career. After he graduated he joined the United States Navy and sailed the seas all over the world. Following his time in the Navy, he returned to Wilmington and worked in construction. You could always guarantee that Brent was watching and cheering for NC State Wolfpack or Washington Redskins.

Brent is survived by his mother, Cecelia Coston and step-dad Larry Coston. Brent and his mom had a very special bond. He is also survived by his brother Rhett Seaton, step-brother Scott Coston, and his nieces and nephews Deryck Seaton , Erika Seaton Jones, Shiloh Seaton, Madison Coston, and Derek Jones III. He had a special place in his heart for all his friends, especially his best friends, Jeff Lennon, Terry Pennington, Taw Carson and Hannah Purvis.

The family will receive friends Wednesday, August 24, 2016, from 2:00PM till 3:00PM at Wilmington Funeral and Cremation Chapel. A service to celebrate Joseph’s life will follow at 3:00PM.

In lieu of flowers, contributions made to Hoggard High School Football Fund, in memory of Brent, would be greatly appreciated.