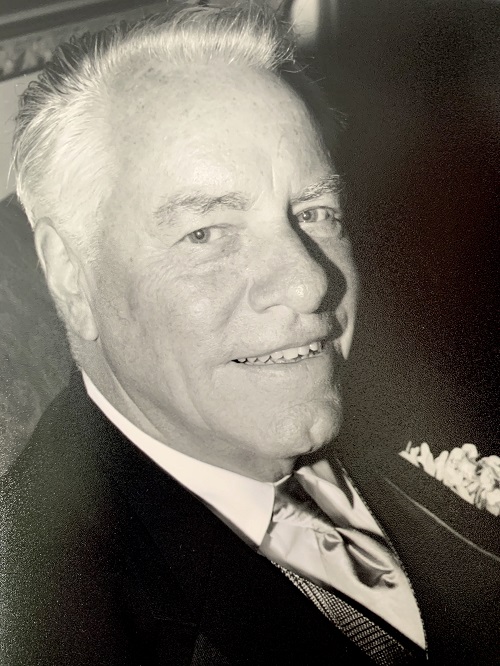 Joseph Francis Lamb passed away peacefully on May 3, 2020. Joe was born on February 17, 1937, in Reading, Pennsylvania to Frank Patrick Lamb and Elizabeth Caroline Lamb as the youngest of their five children.

Joe’s childhood was spent in Chevy Chase, Maryland. He graduated from Archbishop Carroll High School in Washington, DC, and received a Bachelor of Science Degree in Business Administration from American University in Washington, DC. As a young man, Joe enjoyed going to dances, listening to big band music, and attending sporting events. On June 11, 1960, Joe married the love of his life, Patricia Lillian Callahan, and was forever changed.

Joe had a successful work career, beginning in New York City and raising their family in nearby New Jersey. He eventually moved his family to Dover, Delaware in 1976 to start his own textile manufacturing company. Joe’s favorite pastime during those years was spending his summers at the family beach house in Bethany Beach, DE. After his retirement, Joe and his wife, Pat, moved to North Carolina in order to be closer to their children and grandchildren. There, in Aurora, NC, and later in Holly Springs, NC, Joe spent countless hours outside enjoying the beautiful weather, listening to smooth jazz sounds, and indulging his sweet tooth.

Joe’s greatest legacy is his family, who loved him dearly. Joe was devoted to his wife, Pat, for 53 amazing years until she preceded him in death in 2013. Joe is survived by two sons, Thomas J. Lamb (Emily) of Wilmington, NC and Kevin J. Lamb (Jill) of Cary, NC, as well as two daughters, Teresa L. Shade (Winston) of New Bern, NC and Patricia L. Girone (Andrew) of Charleston, SC, along with eleven exceptional grandchildren, to whom he was known as “Papa Joe”. In addition, there are many dear nieces and nephews.

Joe was preceded in death by his parents, Frank and Elizabeth, as well as his four siblings, Harry, Neil, Betty, and Jack.

There will be a funeral mass at St. Michael Catholic Church in Cary, North Carolina on a future date to be determined.