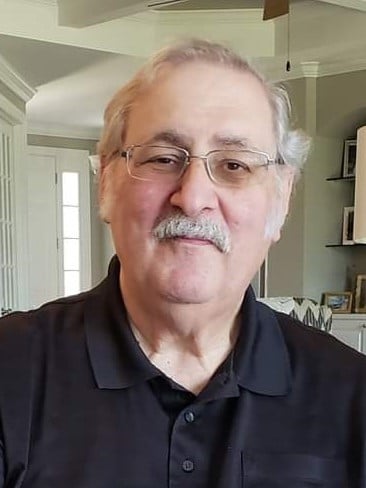 We celebrate the life of Joseph Giardina of the Brunswick Forest community. He passed away peacefully at home on March 17, 2021.

Joe was born on April 12, 1947 in New York City to Dominick and Anna Giardina. At the age of 5 the family moved to Hicksville, New York. Joe lived in Hicksville the majority of his life until he moved to NC in 2017. He was devoted to the Hicksville community, serving for more than 50 years in the Hicksville Volunteer Fire Department as a captain, commissioner, honorary chief and “Santa Claus”.

Joe was an electrical engineer for several different companies and owned his own design business, Design Express for more than 30 years. Though an intimidating looking guy he was a gentle giant with a heart of gold. He was a great friend to many and would give you the shirt off his back. Joe was a devoted husband, father, grandfather and friend.

He is survived by his wife, Mary and two daughters: Betty Ann Lewis (Jeff) and Annmarie Martello (Scott). He was a proud grandfather to Scotty, Dominick and Alaina Martello. He was a devoted brother to Jerry (Laurie) and John Giardina.

He is preceded in death by his parents Dominick and Anna Giardina and brother Jimmy.

A celebration of life funeral will be held in early summer in Hicksville, New York. Final arrangements will be announced at a later date.

In lieu of flowers a donation in Joe’s name to Saint Jude Children Hospital, Lower Cape Fear Life Care Hospice or Tunnel to Towers would be greatly appreciated.