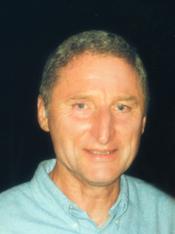 Joseph Patrick Danyluk, 70, died peacefully in his home on Monday, September 26, 2011. Joe was surrounded by his loving wife, Pat and his three children. Joe resided in the Waterford Community in Leland, NC.

Joe was born in Buffalo, NY on June 23, 1941 to George and Elizabeth Danyluk. He was the third of four children. Educated at General Motors Institute in Flint, Michigan, Joe had a career in Mechanical Engineering, starting with superintendent at Chevrolet Buffalo. He moved to Mint Hill, NC in 1974 working for Rudel Machinery. Joe began his own company, Danco Industrial Supplies in 1977 representing cutting tool supply companies. Joe was a subtle, but persuasive salesman who was respected by his clients. He traveled the southeast region the old-fashioned, pay-phone, cold-calling way. Joe was a true character and loved by his friends on the golf course, his favorite past-time.

Joe was also a devoted husband and father. He is survived by his wife Patricia with whom he just celebrated 47 years of marriage. Theirs was a love story of triumphs, perseverance, adventure and travel with Pat becoming a loving and devoted caregiver at the end of his life. Joe is survived by his oldest daughter Shelly Fort, son-in-law Deron and grandson, Nikolas of Eugene, OR. He is also survived by his son Michael Danyluk, wife Elizabeth and grandchildren Roman, Raffaela and Isabel of Red Bank, NJ and his daughter Tracey Bruno, husband Frank and grandchildren Emerson and Ava of Wilmington, NC.
Joe’s life was made complete with the births of his grandchildren, each of whom he adored. Joe’s brother George Danyluk of Hamburg, NY and sister Sheila Andres of Debary, FL survive him while brother Paul Danyluk was already in Heaven to welcome Joe.

Joe had a soft heart for children, the elderly and the ill. He loved being everyone’s best friend and enjoyed a cold beer. He was a wonderful story teller and was known to create “Joey-isms”, made up words to embellish a lively story.
Joe was also known for his valiant and humble battle with Parkinson’s disease which he was diagnosed with in 1989. Joe was a fighter and never complained of his rigidity, tremors or communication difficulties. Instead he handled his disease with grace and humor and became an example of patience and endurance to all who knew him. He remained in the care of his faithful wife until his death.

The family would like to acknowledge the selfless and loving acts of kindness by so many, but especially Joyce McMillan, Fay Carpenter, Reydell Bailey, Dan Hughes and Kim Baldwin.

As a last act of selflessness, Joe donated brain tissue to John P. Hussman Institute for Human Genomics for Parkinson’s Research at the University of Miami, Miller School of Medicine.

Joe will be honored in a celebration of life at St Mary’s Catholic Church on Friday, October 14, 2011 at 10 AM.

Donations, in lieu of flowers may be made to the Lower Cape Fear Hospice, designated for the Building Fund for Brunswick County at 1414 Physician’s Drive Wilmington, NC 28401. Donations may also be made to Michael J Fox Foundation for Parkinson’s Research ATTN: Tribute Gifts Church Street Station P.O. Box 780 New York, NY 10008-0780