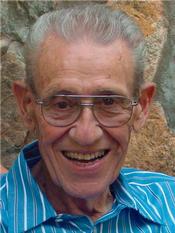 Joseph was born in Yonkers, New York on July 23, 1927, the son of Nicholas and Aurora Piqueras. He was a veteran of World War II, stationed in Okinawa, Japan; he served as a sergeant in the U.S. Army attached to the 209th Military Police.

He was preceded in death by his sister, Aurora Immordino, and survived by brother, Nicholas Piqueras and sister, Pilar DiMaria and many nieces and nephews.

A living memorial with him and his family was conducted by his pastor, Reverend Chris Wroten, on Monday, February 20, 2012.