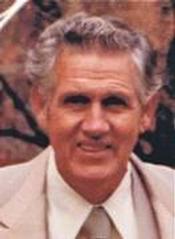 Joe Tiede was a big man who made a giant
contribution to The News & Observer’s sports coverage for more than
three decades.

A former Editor and columnist, Tiede died at age 84 in his
Wilmington home Friday night June 22, 2012 after several years of
declining health.

He was known as an astute analyst, for
his insightful game stories, accuracy and gentle
demeanor.
That combination earned him a North Carolina Sportswriter-of-the-
Year award in 1977 and the trust and admiration of athletes, coaches
and administrators throughout his 33-year N&0 career. “A true
gentleman and long time respected columnist that was always the
consummate professional,” is the way ACC Commissioner John
Swofford remembered Tiede, who retired from the N&0 in 1990.

“Joe Tiede did his job extremely well while treating the people he
interviewed, his colleagues in the media, his bosses and everyone
else he met with the greatest respect,” offered East Carolina Athletics
Director Terry Holland.

“Joe was a first class reporter and human being and someone with
whom you enjoyed trading stories and information no matter where
you might be – the Dean Smith Center, Cameron, Reynolds, etc. or at
the beach for the spring meetings.”

Tiede was born Jan. 28, 1928 in Dedham, Ma., attended high school
at Governor Dumner Academy in Newberry, Ma., and then served in
the U.S. Navy for two years.

Following his military stint, he enrolled at Bowdoin College, graduated
with a degree in history, and launched his sports writing career in
1955 in Bangor, Me. After one other brief stop — at the Wilmington
(N.C.) Star News — he joined The News & Observer staff in ’56.

Typing with just his two index fingers, Tiede covered multiple sports
and major events — including ACC Tournaments, Final Fours and
Bowl Games. And he made tight deadlines despite his
unconventional key-pounding style.

Tiede didn’t attempt to be poetic, flashy or draw attention to himself.
He focused on facts, fairness, analysis and accuracy, just solid
reporting.

The paper could always count on getting a good story from him,
regardless of the subject.

His work ethic was exemplary. For many years Tiede wrote five
columns a week, took high school calls over the phone, and covered
ACC games at night and on Saturdays.

While at the N&0 he also wrote special features for the Christian
Science Monitor.

Highly knowledgeable about sports in general, Tiede had a special
interest in the technical aspects, particularly football.

Coaches willingly shared information with him about schemes and
formations. Tiede liked to draw X’s & 0’s.

As an editor, Tiede managed with a patient, kind touch that created a
pleasant and productive working environment. He would correct, but
not harshly. He would listen to others, but ultimately make a decision
based on what he deemed was right.

Tiede was an avid tennis buff and played into his 70s. His long reach
and steady ground strokes served him well, especially in doubles
matches.

Away from the arenas, he enjoyed his family that included three
children and three grandchildren, served on the North Carolina Sports
Hall of Fame Board of Directors, and followed politics with much
fervor.

When a renowned NFL coach once endorsed a presidential
candidate, Tiede strongly objected and wrote him a letter. He
reasoned the coach was not informed sufficiently to be using his highprofile
position to influence an election of such magnitude.

“Joe was very spirited about politics and was always concerned about
people on the fringes of society and wanted to make sure they had a
chance to survive, participate and thrive,” said Robert Butler, Tiede’s
son-in-law. “He loved politics. It was a frequent source of debate at
family gatherings.”

Friday evening family members gathered once again, this time to say
good-bye to a good writer and good man admired by many.

The family plans to have a private service in Maine.