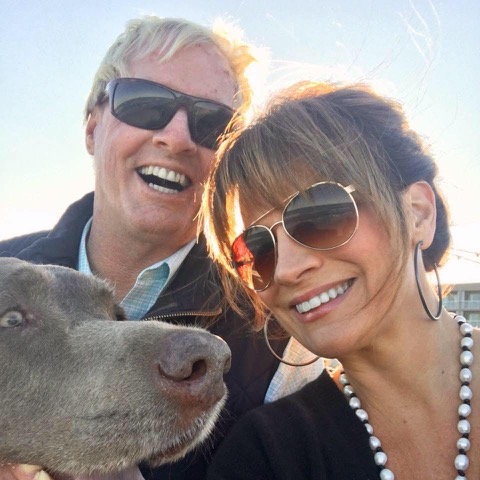 Josh was born October 21, 1965 to Richard and Mary Carroll Vach. He graduated from Worcester Preparatory School in 1983 and UNCW in 1987. On October 3, 2009, he married Cindy Parcell on the sand of Wrightsville Beach.

Josh grew up on the Eastern Shore of Maryland where his love for the ocean and surfing started at a young age. He was proud of the two restaurants his parents built and owned, The Quarterdeck and Wild Goose Chase in Ocean City, Maryland. He moved to Southern California after college to enjoy his love of surfing and continued to work in the restaurant industry. Surfing trips to the Baja Coast, and enjoying fish tacos on the side of the road with his surfing buddies were the inspiration for him to establish his first restaurant. In 1993, Josh opened K38 Baja Grill on Oleander Drive with the support of his father. His passion and vision to create a genuine “surf vibe” atmosphere and to serve the fish tacos he loved was truly an original concept that Wilmington instantly embraced. The success of his first location led to what is now known as the family of Live Eat Surf restaurants with a total of 8 locations.

His hands-on approach in the restaurants, hard work and relentless drive to be the best each and every day enabled him to give back to the community and help many animals in need over the years. He created Cinco de Bow Wow, an annual fundraising event, to support local animal shelters and Canines for Service. Josh was a member of the UNCW Surf Club that led him to establish the UNCW Tower 7 Surf Scholarship in 2008. It has grown into the Tower 7/WBLivesurf Scholarship. Josh supported the surf community in many other ways such as feeding the volunteers and participants in the annual Surfers Healing event on Wrightsville Beach. Josh always preferred not to be in the spotlight for his generosity and community involvement. However, many organizations over the years wanted to recognize him for his good deeds. To name a few, Josh was the UNCW Distinguished Citizen of the Year in 2015 and was inducted into Wrightsville Beach Museum’s 2014 Waterman Hall of Fame for his contribution to Beach Culture.

Josh was preceded in death by his parents, Richard Joseph Vach, and Mary Carroll Vach, his sisters Mary Elizabeth Vach, Carroll Vach England, and by his beloved dog Wyatt. Josh is survived by his wife Cindy and their treasured dog Gunner, his sister Martha Vach Redding, his brothers Richard Joseph (Jr) and Thomas Carville Vach, along with numerous in-laws, nieces, nephews, grandnieces and grandnephews.

There will be two Celebrations of Life. One in Wilmington and the other in Ocean City, MD. Details will be announced at a later date in each community.