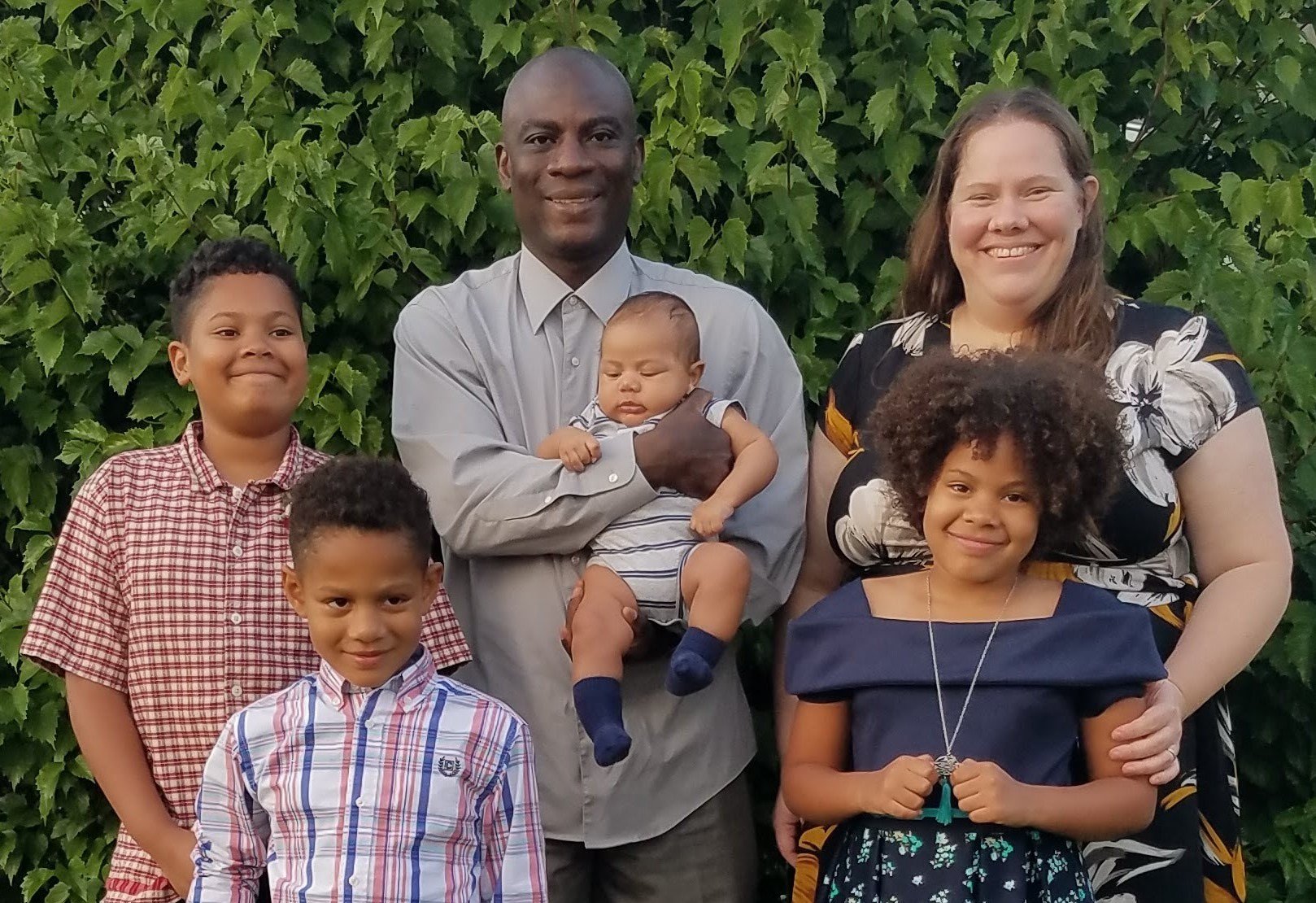 On April 19, 2008, he married Kerri LeAnne Hoover in Nebraska.  Komi’s story is only 51 years long but his life and witness about the faithfulness of Jesus spans across the globe. Born in a mountain town in Togo West Africa, he was raised by his mother and grandmother. Komi’s father passed away when he was young.  Komi moved to the city and earned a master’s degree in Natural Science.  While studying he also became involved in a Christian Ministry for college-age students.   The ministry became a passion in his life and he led prayer meetings that have touched lives around the world.  In 2000, he moved to the United States living in New York, Utah, Nebraska and Kansas.   After various jobs, he became employed by Lowe’s serving with them for many years.  In 2007,  he met his wife Kerri.   They embarked on a life together living in the Kansas City area.

They were soon blessed with Zachary, Rebecca, Jean- Paul and David.   In 2019, the family moved to Hampstead North Carolina.   Besides his family and his Lord,   Komi had interests in world news, sports especially soccer and the outdoors.   Komi loved the beach.  He found great peace sitting at the water’s edge and thinking that his home was just on the other side of the water.

Today he dances with Jesus rejoicing and anticipating the arrival of his loved ones in Christ.

Funeral services will be conducted 11:00 AM Friday August 12, 2022 at Grace Community Church of Topsail in Hampstead, with burial to follow in SeaLawn Cemetery Hampstead. The family will see friends one hour prior to to service.