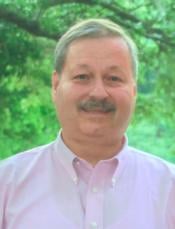 Karl was born in Pittsburg, PA, on February 19, 1947, son of the late Joseph Williams and Alice Nordquist Williams.

Karl was an only child, he graduated from South Hills High School in 1965, received his B.S. in Mathematics/Computer Science and M.A. in International Finance from the University of Pittsburgh. After graduation, Karl’s passion was work; traveling worldwide for the majority of his life developing and instructing training courses for the Six Sigma. He enjoyed golfing, but more than anything, Karl was a dedicated father who spent his life away from work devoted to raising his two sons, Jason Ross Williams, Karl Clayton Warwick Williams, both of Wilmington, NC. A kind, loving heart is at rest, and gentle soul at peace, Karl’s heart and soul were his sons. He is also survived by Janna Goodman Williams.

Selected by President George H.W. Bush as a founding member of the Presidential Task Force on Quality and Improvement in 1990, Karl visited and consulted at over 125 companies in 22 countries. He wrote the book “Continuous Improvement and Reengineering” for the Harvard University Business School in 1994. His consulting project experience with large corporations, including Bank of America, Motorola, Reuters, Xerox, BAE Systems, Shell Oil, U.S. Army, U.S. Navy, Department Of Defense, Intelligence Community, Home Land Security and the Pentagon.

A Celebration of Karl’s life will be held at 2:00 pm, Saturday April 21, 2012, at Saint Andrews On-the-Sound Church. Reception will follow in the Fellowship Hall, where the family will celebrate with friends.

In lieu of flowers the family ask that donations be made to the Lower Cape Fear Hospice in Wilmington NC.