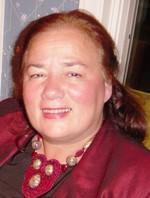 She was born September 29, 1943, in Wake Forest, NC, to William Isaac and Loena Currin Fort.

She was educated at Louisburg College and graduated from UNC Chapel Hill in 1967 and followed with a degree in horticulture from Sandhills Community College in 1985. Kathy spent summers at the Blue Ridge Assembly in Black Mountain. Her lengthy career in landscape design and gardening included time at Longwood Gardens in Pennsylvania as well as the North Carolina Botanical Gardens and private projects in Germany and the eastern North Carolina coast.

On February 18, 1978, she married Michael Enlow McDowell of Roanoke Rapids, NC who survives of the home. Kathy and Michael spent many years in Stuttgart, Germany working with US Defense Department Schools before returning to North Carolina and settling on the coast in 1992.

Kathy was a woman of extremely diverse interests. Her library housed over 600 books on gardens and horticulture as well as volume after volume of biography from Pearl S. Buck and Hillary Rodham Clinton to both Kathryn Graham and Hepburn and from Al Franken to Andy Rooney. Kathy was a renaissance woman who believed in the power of the mind and in the traditions of family and friends. Over her 35 years with her husband, Michael, she lived, gardened and traveled extensively throughout Europe and the United States always finding new ideas and creating profound friendships all of which she lovingly maintained. She had a way of including her friends in her preparations for parties and dinners that made everyone a part of her and she awakened them to new tastes and thoughts and ideas that will forever be a part of their lives. Kathy taught love and commitment as only those rare flowers of our earth can teach and her kindness and her wit will remain fixed in the hearts of all who knew her forever.

Kathy was preceded in death by her parents. She is survived by a brother, William I. Fort and wife Carolyn of Raleigh, NC and sisters Elizabeth F. Carter of Orlando, Florida and Alice F. Ball and husband William of Thomasville, NC. She is also survived by her sister-in-law Lou Butler of Grifton, NC and scores of nieces and nephews.

The family would like to express their appreciation to the many friends and relatives and the staff of the Zimmer Cancer Clinic and Lower Cape Fear Hospice Center for the care and love given during her illness.

We will gather at home, 204 Scotch Bonnet Way in Hampstead, NC, in celebration of her life and legacy on Sunday, the 16th of November, 2008 at 1pm and we will receive friends at that time.

Her ashes will be interred at The UNC Alumni Memorial Grove Gardens at a later date.

Condolences can also be made at www.wilmingtonburialandcremation.com