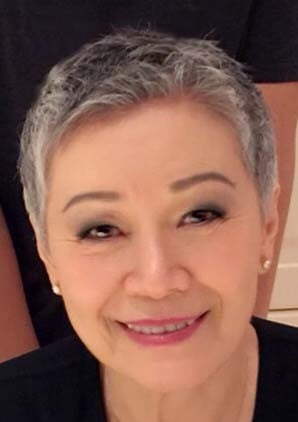 Beloved Mother and Grandmother, Kathy Pei O’Shea, 74, of Wrightsville Beach, NC, passed away peacefully in her sleep on September 21, 2021 after a long and valiant battle with uterine cancer.

Kathy was born on January 21, 1947, in China. Her father was a General in the Republic of China Army. At two years old, Kathy and her family were forced to flee to Taiwan when the Communist Party took over in China. She and her three brothers were then raised in Taiwan. Kathy attended boarding school and college in Taiwan, receiving a bachelor’s degree in Finance.

After graduation, Kathy married and immigrated to the United States, where she had her only daughter. As her daughter grew-up, Kathy joined the workforce and began her professional career as a financial analyst for Atari, General Electric, Wang Laboratories and Digital Equipment Corporation.

In 1984, Kathy married Bill O’Shea, and joined him in the Bahamas, where Bill was the Officer in Charge of U.S. Customs. To keep busy and spend more time with Bill, Kathy took a job with U.S. Immigration and Naturalization Services at the airport in the Bahamas, where she enjoyed greeting tourists and many famous people as they boarded their flights to re-enter the United States after their tropical vacations.

Upon retiring from Digital Equipment Corporation in 1989, Kathy and Bill relocated to Wrightsville Beach, North Carolina, where Bill had always dreamed of retiring. Kathy was not idle for long, and joined the Homeowner’s Association, where she served for over a decade, and ultimately as President for three years.

Kathy was predeceased by her beloved husband, William O’Shea, in May of 2021. She is survived by her daughter, Karen Vegas; son-in-law, Martin Vegas; three grandsons, Zachary, Griffin and Beckett Vegas; step-daughter, Joanne O’Shea Campbell; stepson-in-law, Michael Campbell; and stepdaughter, Sheila O’Shea Lehrschall Schwartz; and a host of step grandchildren and great grandchildren.

In lieu of flowers, the family requests donations be made to the Cancer Center at the New Hanover Regional Medical Center Foundation in memory of Kathy.