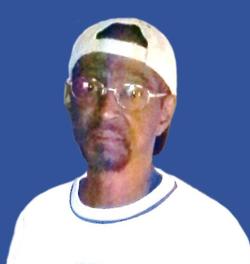 Kenny was raised in the Hillcrest community in Wilmington NC with his mother Estelle and siblings Ardith and David.

Kenny was educated in the public school system of New Hanover County in Wilmington NC, where he claimed a reputation as the little drummer boy, due to incredible skill as a drummer in the school marching band. Kenny grew up attending Mt. Olive AME and Price Cathedral AMEZ Churches, where he eventually became a member of the choir and usher boards.

Prior to his health declining, he enjoyed going crabbing and fishing with his friends, spending time with family or just socializing and playing card games with his childhood friends.

Funeral services will be held 12 noon Thursday, February 20, 2014 at Mt. Olive AME Church 1001 S. 7th Street, Wilmington. The family will see friends from 11 am until the time of the service.