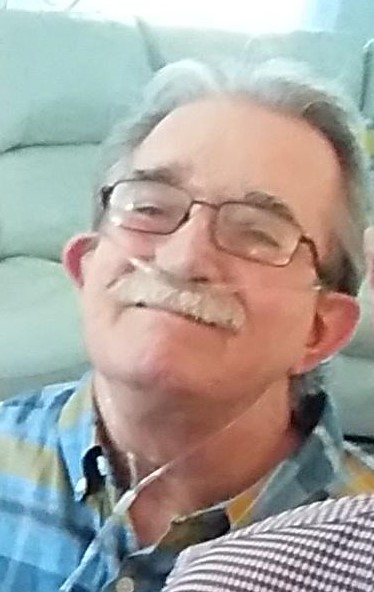 KENNETH LEE HOLLOWAY – age 67 died August 12, 2020 at home in North Carolina. He will be greatly missed by his sister Ruby and her husband Mike with whom he resided for the past two years.
He lost his battle with Chronic Obstructive Pulmonary Disease but in his latter days found his faith in our Lord Jesus Christ bringing comfort to our family.

As a young man Kenneth proudly served our country in the U. S. Marine Corps.

He worked at Gibbs Lumber Company for a number of years and at Kemps Grocery Store where he got to know many residents of Ashland City.

A faithful employee of Wal-Mart in Ashland City, TN for the last 12 years of his working life. He enjoyed seeing his friends and neighbors and wore his ten year pin proudly.

Some fun facts about Kennie:
Frosted Flakes was his favorite breakfast cereal.
LOVED to watch WWE and old Westerns.
Favorite treat was Hershey Kisses and apples or Tootsie Rolls.
Had a heart for stray cats.

He was preceded in death by his loving parents Gene and Nell Holloway of Ashland City, TN.

Family will hold a memorial service in Ashland City, TN at a later date to be determined.