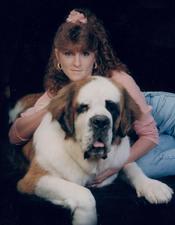 She was born in Ontario, Canada on September 11, 1969. She was preceded in death by her father, Frank Lewis, Sr.; sister, Kelly Lewis Dove; and two brothers, Frank Lewis and Kerry Lewis.

Kim’s life-long passion of animals led her to own and operate K & K’s Pet Grooming in Wilmington for the past 15 years. She enjoyed spending time with her family, traveling, being outdoors and horseback riding.

The family will see friends from 4 to 6 pm Sunday, April 21, 2013 at Wilmington Funeral Chapel where the funeral service will be held 11 am Monday, April 22, 2013. Burial will be in Sea Lawn Memorial Park in Hampstead.

In lieu of flowers memorial donations may be made to Kimberley Benton Memorial Fund c/o of any Wells Fargo Bank to account # 3995087545.