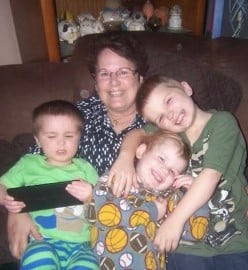 Kim was born in Winston Salem, NC on August 20, 1960. She was a graduate of Hoggard High School and served as a Health Care Giver to many older folks in the Wilmington Community for many years. She enjoyed spending time with her family, especially her grandchildren.

Memorial service plans will be at a later time.