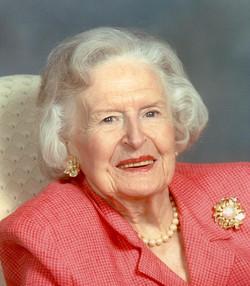 Laney Stroud Schutt, 92, passed into the hands of her Lord and Savior on Tuesday, September 14, 2010, at Autumn Care of Myrtle Grove.

Laney was born July 12, 1918, the daughter of the late Luther and Alice Davis Stroud of Kinston, NC. She was predeceased by her sister Ruby C. Stroud and her brother Benjamin R. Stroud. She was the widow of George Craig Schutt who predeceased her in 1962. She was a member of St. Pauls Lutheran Church.

Laney graduated with an RN degree from Lenoir County Memorial Hospital School of Nursing, Kinston, NC, in 1940. She came to Wilmington upon her graduation and began work at James Walker Hospital. During that time, she met and married George on September 28, 1941. She worked at James Walker Hospital until the opening of New Hanover Regional Medical Center where she was on the IV team. In the early 70’s, she was the Director of Nursing at the former Guardian Care Nursing Home in Burgaw, NC. In her later years of nursing, she did private duty.

The family would like to thank the staff of Autumn Care for their unending professionalism, love and respect for their mother.

The family will greet friends and family one hour before the service in the Church Sanctuary. Burial will be at Oakdale Cemetary. Memorials may be made in memory of Laney to St. Pauls Lutheran Church or to the charity of ones choice.