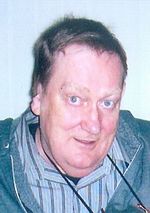 Larry was born in Catawba County, NC the son of the late Enos Charles and Clyona Rose Hare Travis. He was predeceased in death by bothers James Wayne Travis and Edward Travis and a younger sister that died in childhood.

Memorials may be made in his name to Liberty Hospice P.O Box 200 Supply, NC 28462, St. Judes children Hospital or American Cancer Society.