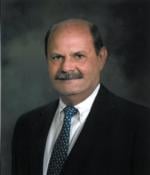 He was born October 11, 1949, in the town of South Boston Virginia, Halifax County, to the late Owen Lawson and Garnet Wilmouth Mills who preceded him in death. He attended Halifax Elementary School and graduated from Halifax County High School in 1967. Upon graduation Larry married his high school sweetheart, friend, and lifelong love, Sharon Canada Mills and in 1970 they had their only child, his “Mimi”, Melanie Mills LoPresti.

Larry began his career with Virginia Electric and Power Company in the late 1960’s. In the coming years life brought with it new opportunity and he relocated, along with his family, from South Boston, Virginia to Wilson, North Carolina in the early 1970’s to begin a long and dedicated career with Brown and Williamson Tobacco Company (formerly Export Leaf Tobacco Company). He retired after 32 years of devoted service in 2002 and relocated, with his wife, to the coast of Wilmington, NC to enjoy a quieter life and indulge in his many hobbies. Larry spent much his time riding motorcycles, fishing, enjoying his friends, family, and especially his beloved friend, Scooter.

Funeral services for Larry Lawson Mills will be held at 1:00 p.m., Saturday, June 12, at Joyner’s Funeral Home, 4100 Raleigh Road Pkwy, Wilson, NC. Relatives and friends are welcome to join the family for a celebration of Larry’s life immediately following the service from 2:00pm-4:00pm.

In lieu of flowers, the family requests that donations be made to your local ASPCA organization.