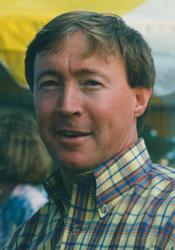 He was born on July 22, 1949, in Fulton County, GA. His parents were William Whitfield Cranford and Rebecca Lulu Herod Cranford.

Larry graduated from O’Keefe High School in Atlanta. He graduated in 1970 from West Georgia College with a degree in Psychology where he was a member of Kappa Phi fraternity. His first job after college was with the Boy Scouts of America, with which he remained active throughout his life. Larry was a proud veteran of the US Army.

Larry is survived by one daughter, Christine Cranford and husband Brandon Wooten, and one son, John Cranford; one granddaughter, Ella Wooten; his former wife, Wanda Ahlsen; and one brother David Cranford.