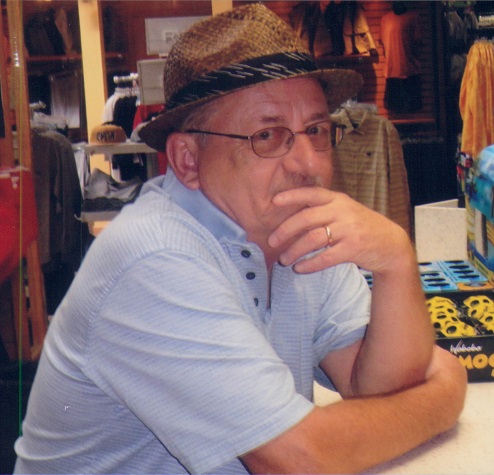 Larry passed away on Monday March 6, 2017 from complications that occurred during a heart procedure. Larry was an incredibly devoted family man who truly loved his family, friends, and life. He loved going on cruises with his wife, Teresa, the beach, and NASCAR.

He was born March 16, 1948 in Fairmont, West Virginia. He married his lifelong love, Teresa Wasarovich, also of Fairmont. They have two children, Larry Joe and Mary Jo. In 1980, the family relocated to Raleigh, North Carolina. Later in 1997, after Larry Joe and Mary Jo had families of their own, Larry and Teresa moved to Wilmington, North Carolina. Larry retired from a 47 year career in the tire business in June of 2014. He last served as a manager for Aspen Tire of Wilmington.
Larry and Teresa are members of St. Mark’s Catholic Church. Larry is an active member of the American Legion Post 10 where he served as one of the “chefs” for many of their events. Both before retirement and after, Larry and Teresa owned and operated L&T Coins, participating in many coin shows throughout North Carolina and the southeast.

Larry is survived by his immediate family: his wife Teresa DeBellis; their son and daughter-in-law Larry Joe and Jenn DeBellis of Olympia, Washington; their daughter and son-in-law Mary Jo and Greg Skinner, grandson Patrick Skinner, and granddaughter Sophia Skinner, the love of his life, of Raleigh, North Carolina. Larry was the third of five children. He is survived by his sister Eileen Akers of Charlottesville, Virginia; his brother Joseph DeBellis of Fairmont, West Virginia; his sister Margaret Arcure of Fairmont and her children Matthew and Nicholas and grandchildren Lucca and Isabella; and his brother Robert and Denise DeBellis of Fairmont and his daughter Laura Skapik.

Larry is also survived by his sister-in-law, Kitty Sypolt of Melbourne, Florida and her children and their families – Sheila and Mike Bensey and their children, Mary Beth and Daniel Thornton, Drew Bensey, and Matthew Bensey; and Sherry Herman and her son, Shane Herman.

Anyone who had the privilege of knowing Larry was a better person for it. He will be greatly missed by all of his family and friends.

A Celebration Service will be held on Sunday, March 12 from 1:00 to 3:30 at the Wilmington Funeral Chapel at 1535 South 41st Street in Wilmington, NC.

A reception will be held at the American Legion Post 10, 702 Pine Grove Drive in Wilmington, NC 28409 immediately following the service.

In lieu of flowers, please consider a memorial gift to American Legion Post 10.