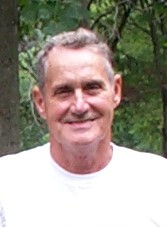 Larry joined the US Army in 1949 and served in the 16th Infantry during the Korean War and was promoted to PFC and discharged in 1952. He worked for Ford Motor Company and retired with 36 years of service. Larry was a proud Master Mason and member of Roby Lodge #534 in Monroeville, OH and Federal Point Lodge # 753 in Carolina Beach. He was a member of the Order of Eastern Star Federal Point Chapter 361, a member of Scottish Rite Masons in Toledo, OH, Sudan Shriners in New Bern, Wilmington Shrine Club, the American Legion and the VFW.

After his retirement from Ford he and Paulette moved to North Carolina in December of 1992. He then worked at Leland Auto Salvage with his wife. He enjoyed bowling, fishing, gardening and his retirement. He enjoyed visiting his Masonic Lodge, Eastern Star, Shrine Club and was always faithful to help at the annual Shriners Fish Fry.

A Celebration of Life ceremony will be held 7 pm Thursday, June 28, 2018 at Wilmington Funeral Chapel. The family will visit with friends starting at 6.

In lieu of flowers memorial donations to Shriners Hospitals for Children.