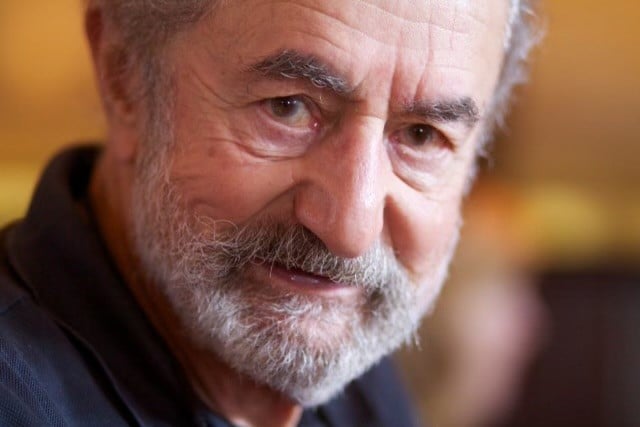 Bucky was born in Bridgeton, NJ, to Rose and Max Stein, and grew up in Philadelphia, PA. He graduated from Overbrook High School, and it was at the age of 16 that he met Ruth, who would become his wife of 68 years. Bucky served in the Coast Guard during WWII and loved to talk about his time stationed in Alaska, and patrolling the beaches of Cape May on horseback. The family is certain that is how the USA won the War.

Bucky and Ruth had two children, Elliott and Howard, while living in Philadelphia among both of their extended families. In 1955, they moved to Jacksonville, NC, where Bucky started Tireville, a one-man open-air tire retreading service. They had a daughter, Deborah, and Bucky worked relentlessly to build his business. Howard joined Bucky in 1976, and together they created Target Tire and Buffalo Tire, adding employees and co-workers who were all swept up into the Stein business and family, which were one and the same. Bucky delighted in broadening the horizons of every person he worked with, or came in contact with. He was particularly proud of the trips he hosted for his employees/customers/suppliers all over the world.
When Bucky and Howard sold the business in 2004, Bucky then turned to philanthropy with the same doggedness with which he approached everything in his life. His impact is far reaching and deep-rooted. Bucky’s passions were widespread, and included exercise, reading, politics, theater, movies, music from Beethoven to Bruce, food, wine, traveling, hunting…there was nothing that didn’t interest him, and nothing he liked more than the company of a good dog. He enjoyed conversing on almost any topic, didn’t hesitate to give his opinion, and was in constant pursuit to help everyone he knew live life to their maximum potential. Bucky became well known in recent years for his World Famous Homemade Nut Butter, and his Wine Cork Boards. And if you visited Bucky in his home, you never left empty-handed.

Bucky will be sorely missed by many, but none more so than his children, Elliott Stein of New York, Howard Stein of Wilmington NC, Deborah Mathies and husband Blair Mathies of Chesapeake Beach MD, grandchildren Susan Turner and husband Wayne Turner, Henry, Rose and Max Mathies, great grandchildren Ashley and Greyson Turner, and Mordecai Mathies, his sister-in-law and nieces and nephews…and his “Special Lady” Rita Reibman of Wilmington NC. Bucky was predeceased by his sister Estelle “Sis” Elion, his wife Ruth, and his grandson Justin Stein.

A Celebration of Bucky’s Life will be held in the near future.