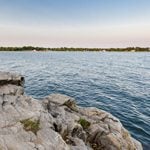 He was born in Bridgewater, PA, December 27, 1940, and was a graduate of Beaver Area High School. He was a longtime resident of Sewickley, PA. before moving to Ash, NC 17 years ago.

He was a veteran of the U.S. Army and, following his service, worked at Armco Steel and Pittsburgh & Lake Erie Railroad for 22 years before launching Lawrence Upholstery along with his wife. Lee was an active member of the Shallotte Moose Lodge # 710, having served 2 terms as governor. He was a member of the Calabash Presbyterian Church, the American Legion, the VFW, and the Valley Veterans Association. He was a longtime fan of the Pittsburgh Steelers, the Pirates, and the Penguins.

He was preceded in death by his parents, Leroy Clayton and Edith Kathleen Kendrew Lawrence; his daughter, Lorraine Lee Hamilton, and his 2 sisters and 4 brothers.

Donations may be made to the Lower Cape Fear Hospice Foundation.

Share memories or condolences to the family at wilmingtoncares.com.