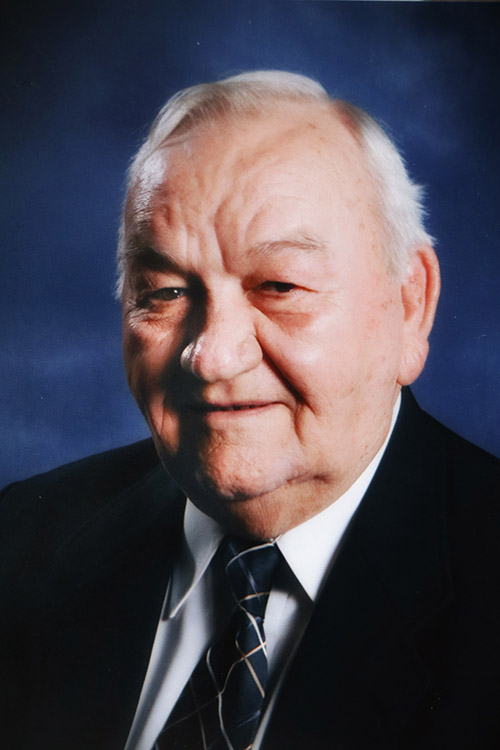 Mr. Frost was a native of Wilmington, born August 7, 1934, to Lewis R. Frost, Jr. and Catherine Cromer Frost. He was graduated from New Hanover High School in 1952 and was a key member of that school’s 1951 State Championship-winning football team. Later, he attended The Citadel on a football scholarship. He was graduated from there on June 2, 1956, with a BS degree in Business.

He was predeceased by his parents, a daughter, and by his brother, Lt. Col. James Lindsey Frost. Surviving, in addition to his wife, daughters, sons-in-law, grand- and great-grandchildren, are his sister, Ms. Elsie M. Frost of Reidsville; and brother- and sister-in-law, Alton Y. & Linda (Scotty) Lennon of Wilmington.

After leaving The Citadel commissioned as a lieutenant in the U.S. Army, Mr. Frost was stationed at Aberdeen Proving Grounds, Maryland, and became, at that time, the youngest Company Commander in the Army. After his military duty, he and his family moved to Charlotte. He had obtained his Maryland Real Estate License previously and, upon moving to North Carolina in 1962, became licensed there. In addition, Mr. Frost served as the comptroller to Canteen Vending Services in Charlotte; he later opened a Canteen franchise upon his return to Wilmington.

Mr. Frost was an entrepreneur. He purchased and sold real estate, while also being active in developing and appraising properties, both in Charlotte and in Wilmington. His later career saw him involved mostly with property management and appraisals for the Veteran’s Administration in a multi-county area.

Throughout his life, Mr. Frost enjoyed hunting, fishing and boating. Often, he was with family and friends, either boating on a variety of vessels he owned over the years, from 15- to 42-feet in length, or, preparing the fish and game he had caught. He was a good cook, but he was even better at repairing about anything around his home, businesses or boats.

In the Episcopal Church, Mr. Frost served St. John’s in Wilmington as a lay reader, a Chalice bearer, and, as Senior Warden on the church’s Vestry. He was a member at St. John’s for many years until his death. Before that, he was a member of St. Andrews On-The-Sound.

The family will receive friends from 5 to 7 p.m. on Saturday, December 17, at the Jump ’n Run Clubhouse, Jump ’n Run Drive, Wilmington. A celebration of his life will take place at St. John’s Episcopal Church, 1219 Forest Hills Drive, Wilmington, beginning at 1:30 p.m. on Sunday, December 18. Interment will be in Halleck Memorial Garden at the church. A reception in the church’s Elebash Hall will follow.