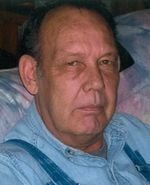 Lewis Vernon Bailey 59, of Rocky Point died Monday September 24, 2007 at his residence after and extended illness.

Born in Tazewell County, Virginia March 5, 1948 the son of the late Ervin James and Roxie Lee Prater Bailey. He was also preceded in death by a brother Ervin James Bailey, Jr.

He worked as a machinist at American Crane and also as a field machinist for Westinghouse.

Surviving are his wife of 19 years Nancy Bailey; children Bobby Treen, Carol Treen of Rocky Point; David Bailey; Steven Bailey; and Johnny Boggs all of Kenton, OH.; also Three brothers and a sister in Ohio; 13 grandchildren many nieces and nephews.

A memorial service will be held on Saturday September 29, 2007 at 4:00 P.M First Wesleyan Church on Brenda Drive in Wilmington. Pastor Lord will officiate the service.

Lewis will be greatly missed by his family as well as his friends to whom he was so dedicated.