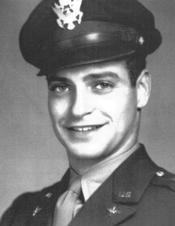 Lieutenant Colonel James David Berger, age 92, passed away on Sunday, July 31, 2011 at his home. He was born in Cleveland, Ohio and passed away in Wilmington, North Carolina, where he and his wife Francine had made their home since 1985.

Jim attended University of Michigan where he began his military service in the ROTC. He entered active duty in the Army Air Corps, training fighter pilots and bombardiers. Relieved from active duty as a Major, Jim continued serving his country in the Air Force Reserve until his retirement after 28 years of service ranked as a Lieutenant Colonel.

Beloved husband of Francine. Jim is also the loving father of Marsha (Fred), Betty (Zohar) and Kathryn (Barry); cherished grandfather of Karyn (Ron), Lisa (Phillip), Roey, Ariel, Omer, Le’ad, and Edo; adoring great-grandfather of Brittany and Alyssa; uncle of many nieces, nephews, and grand nieces and nephews. He was preceded in death by his sister Lois Singer.