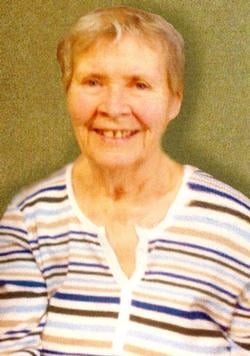 She was born on June 17, 1929   and was preceded in death by her parents, Harry Adamson Bryden and Helen Bartron Bryden, brother, Kenneth Bryden, and husband Harold Foster Yeager. Lois lived her adult life in Manassas, VA and enjoyed a long career as a member of the Prince William County Police Department as a school crossing guard. She moved to Wilmington in 2004 where she enjoyed shopping, spending times with friends, and going to the beach. Lois is survived by son Ronald Foster Yeager and wife Cathy of Manassas, and grandchildren Jason, Joshua, and Christopher; and daughter Gail Ellen Yeager Jones of Wilmington, and grandchildren Andrew, Sean, Nicholas and Kelly. She also has loving sisters; Dorothy Simonson and Beverly Bryden of PA.

Funeral services will be held at the Manassas Baptist Church on Thursday, April 24, 2014 at 1pm, with a family visitation at the church at noon.

Please share memories and condolences with the famiy by clicking on the “Sign Guest Book” tab above.