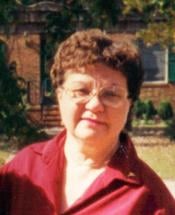 She was born in Fairmont, West Virginia on November 12, 1946. She is the daughter of the late Thelma and Dorsey Richard Vincent. She was preceded in death by her son, Douglas; grandson, Terry Eugene Jr., and her sister Judith Preston.
Jean made Wilmington, NC her home in 1981. She worked in piano and organ sales for over 20 years at the former Andy Owings Music Center in the mall, then worked at the former Mcfadyen’s Music. Jean loved people , music and sales which made her very successful in her career.
For the past 12 years, Jean had made Autumn Care of Myrtle Grove her home.

The family would like to thank the staff at Autumn Care for their love and support while she was a resident.

In lieu of flowers, contributions may be made to the American Diabetes Association.