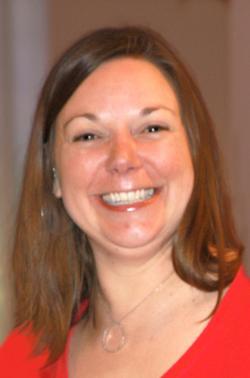 Lora Dorothy Shogi, born July 8, 1981, passed from this earth on August 28, 2015 to join her father, Stephen J. Shogi. Lora leaves behind her mother Martha D. Shogi, her brother Tyler R. Shogi, her step father Dewi Rowlands, her aunt Mary-Alice Denny, her uncle and aunt Mike and Maryanne Shogi, and many cousins among them Trey and Amy Behrendt with Connor and Sophie, Jennifer Behrendt with Zachary and Jake, cousins Sharron and Joe Hubert, Joyce and Jim Holmes with
Heather and Rachel, and Rand and Jody Reynard with Price, as well as countless wonderful friends who will treasure Lora’s enduring presence in their memories.

Lora graduated from Woodson High School in Annandale, Virginia in
1999, having spent her middle school years at Marymount International School in Paris, France, where she learned French as well as many life lessons. She attended Johnson and Wales University in Providence,Rhode Island and graduated in 2003 with two degrees, one in Entrepreneurship and the other in International Business, attaining dean’s list throughout her college years. During her final semester she traveled with other students to Australia to learn how to develop realistic business plans. Her life goal was to own a night club. As she pursued this goal she lived and worked in Los Angeles for 15 years,being one of the few women to rise to General Manager of a large and very successful night club. She moved to Wilmington in 2013 to join
her family.

Although Lora’s success in the business world was significant, her focus in life was on the people she met and drew to herself as friends. She was always concerned about their welfare and problems as well as their joys and accomplishments, She never failed to hold out a hand to help those she saw in need who became her lifelong friend. Although sometimes their problems presented huge undertakings for her and often became life altering events to those who asked for her help, she was satisfied knowing she made a difference to each person. Her best friend Jackson will always know she loved him most.

Her feisty and colorful attitude, her high intellect, as well as her indomitable love of all endured to her final breath.

Lora will be missed by everyone she touched throughout her short 34 years of life. In memory of Lora and her strength, her family asks that friends make donations to a worthy charity.

A celebration of her life will be held at Little Chapel on the Boardwalk, 2 West Fayetteville St., Wrightsville Beach, NC on Thursday September 3, 2015 at 1100 a.m. A Reception will follow.