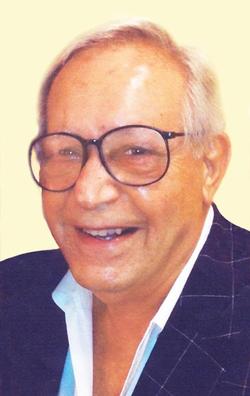 He was born January 23, 1934 in New York City the son of the late Aniello Criscuolo and Giovanna Madonna Criscuolo.

Lou was a talented actor and patron of the arts who founded the Opera House Theatre Company and forever changed the perception of performing arts in the Wilmington area. He was an active member of the Screen Actors Guild, loved film, live theater and all forms of art and antiques. He was a man who left a legacy to the community through theater. He worked with beautiful people and loved beautiful things.

Lou served his country during the Korean War in the United States Army which was followed by an education with the prestigious Screen Actors Studio. He was known for numerous appearances in movies, tv and on stage and for his dedication to the entertainment industry throughout his career.

A memorial service will be held at 2 PM Saturday, December 20, 2014 at St. Paul Episcopal Church, 16 North 16th St. Wilmington, NC 28401. The family will gather at the Criscuolo home following the service.

In lieu of flowers memorials may be made to the Opera House Theatre Company, the Lower Cape Fear Hospice Foundation or charity of one’s choice.

Please share condolences and memories with the family at wilmingtoncares.com