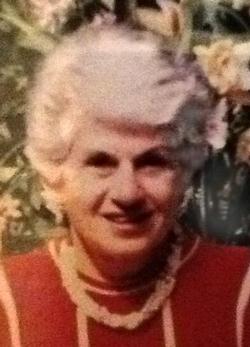 Lucia Ann Bender, 86, formerly of Raleigh , NC passed away peacefully Thursday, September 11, 2014. Born in Spartanburg, SC, she was the daughter of the late Amelia Mikel Seaman Hodge and Joseph Seaman.

Lucia attended Winthrop College and was an administrative assistant in the NC Legislature and the NC ABC Commission for many years as well as the owner of Lucia’s Fruit Baskets in Raleigh, NC.