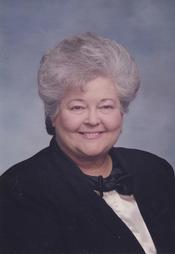 Madeline Ritz, 87, of Wilmington, passed away early on Monday, December 31, 2012 at Northchase Nursing and Rehabilitation Center.

She was born March 22, 1925 in Mississippi. Before marrying Alan Ritz Sr., of Kendall, New York, she was a society reporter for the St Petersburg Times in St Petersburg, Florida. After she married, she lived in Batavia, New York and devoted her time to her family. She also became an avid golfer and bridge player, becoming a Life Master in bridge. When her children left home she got her teaching degree at NYU at Geneseeo and obtained her Masters in Reading at Nazareth University. After Kathie and Ray moved to Wilmington, Alan and Madeline followed in 1979 to continue devoting her time to her family and grandchildren. They attended Pine Valley Methodist Church.

She is survived by her children Kathie Hayes (Ray) and Alan Ritz (Jenny). She is also survived by three grandchildren: Laura Mitchell (Howard), Matthew Hayes (Danni), and Michael Ritz, as well as three great grandchildren: TJ and Owen Mitchell and Harper Hayes.

The family will hold a private service on Saturday, and Madeline will be buried next to her beloved husband Alan in Kendall, New York.