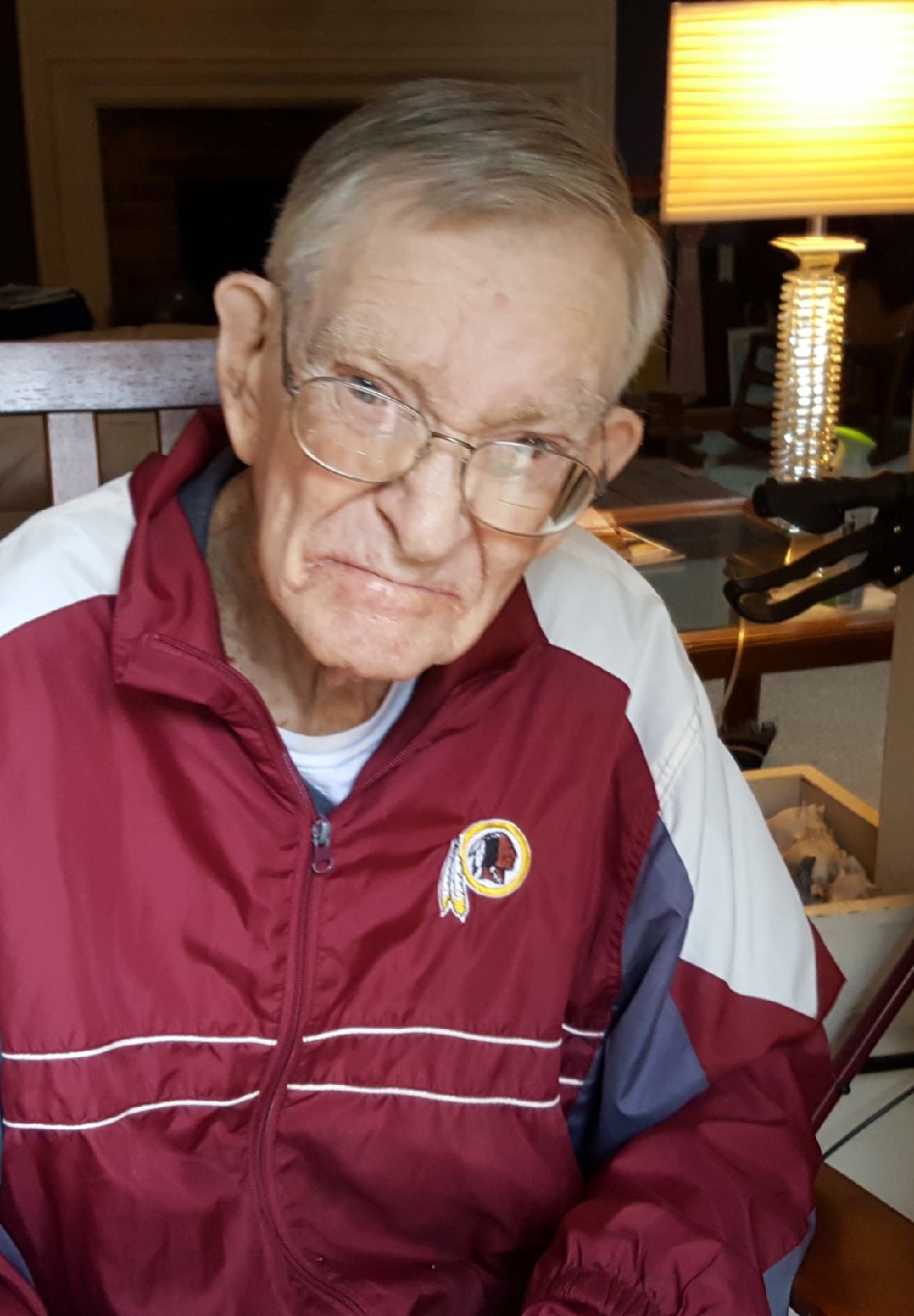 Mr. Malcolm Argyle Drinkard, age 93, died Thursday, July 19, 2018 of Alzheimer’s disease at Cypress Pointe Rehab center in Wilmington, NC. He was born in
Lynchburg, VA. He met his wife of 56 years, Kathleen, while working at Hendricks Army Airfield in Sebring, FL during World War II. Malcolm and Kathleen married
April 20, 1945 and moved to Alta Vista, VA. They lived in the suburbs of Washington, DC with their three sons while both worked for the US Postal Service until their retirement, when they returned to Lake Wales, FL. Malcolm was an avid sports fan whose passion was football. He never missed an Annandale High School game while his son “Danny” was the quarterback or Lake Wales High School games where his grandsons played. He loved the Washington Redskins and was rarely seen without his Redskins jacket. He loved all his grandchildren and always showed interest in whatever activity each were involved in.  Mr. Malcolm enjoyed his weekly trips to Elderhouse at Greenfield Lake. They were fond of Granddaddy and always paid him the sweetest compliments. He was a lifelong Baptist and had a special relationship with Pastor Rudy Shepard of Peace Baptist Church. Malcolm was preceded in death by his wife, Kathleen and his son, David. He is survived by his sons, Daniel M. Drinkard of Hickory, NC and John P. Drinkard of Lynchburg, VA; seven grandchildren, ten great grandchildren, and three great great grandchildren. He was a wonderful son, husband, father, and grandfather and certainly has earned his place in Heaven.

The family would like to give special thanks to Pastor Rudy Shepard and Peace Baptist Church for all of their love, support and prayers during this difficult time.