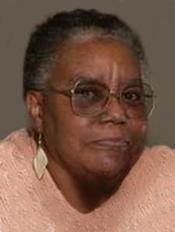 Margaret was a 1956 graduate of Williston Senior High, receiving the NAACP Spingarn Award Scholarship and a 1963 graduate of Fayetteville State University. In 2010 she was awarded the YWCA Woman of the year Rachel Freeman Unsung Hero Award.

She worked strongly for the rights of the disabled and never tired of bringing black history to anyone who would listen. She wrote a one-act play – “Hiding from the Wolf”, 2 short stories – “The Friendly Enemy” and “The Bottom”. A trivial pursuit – “Bet You Didn’t Know – Lower Cape Fear History”, all of which are published. She also wrote a fact based novel of her life entitled – “Too Stubborn to Quit” which she had hoped to publish and give to anyone who survived domestic abuse.

The family would like to say a special thank you to her neighbors and friends at Glover Plaza, Cypress Pointe, Lakeshore Commons and Dr. Van NyNatten and Staff for all their kindness.
In lieu of flowers, donations may be made to the Burnett -Eaton Museum Foundation, 410 N. Seventh St., Wilmington, NC 28401 or Margaret S. Rogers Scholastic Award (therpcard.com). No funeral services will be held but there will be a greeting of family and friends at the Glover Plaza Activity Room on Little John Circle in Wilmington NC, Saturday, December 17th 2011 between the hours of 12:00pm – 2:00pm. In addition, a re-pass will be held at a family members home, 4510 Springview Dr, Wilmington NC 28405, between the hours of 3:00pm – 7:00pm.