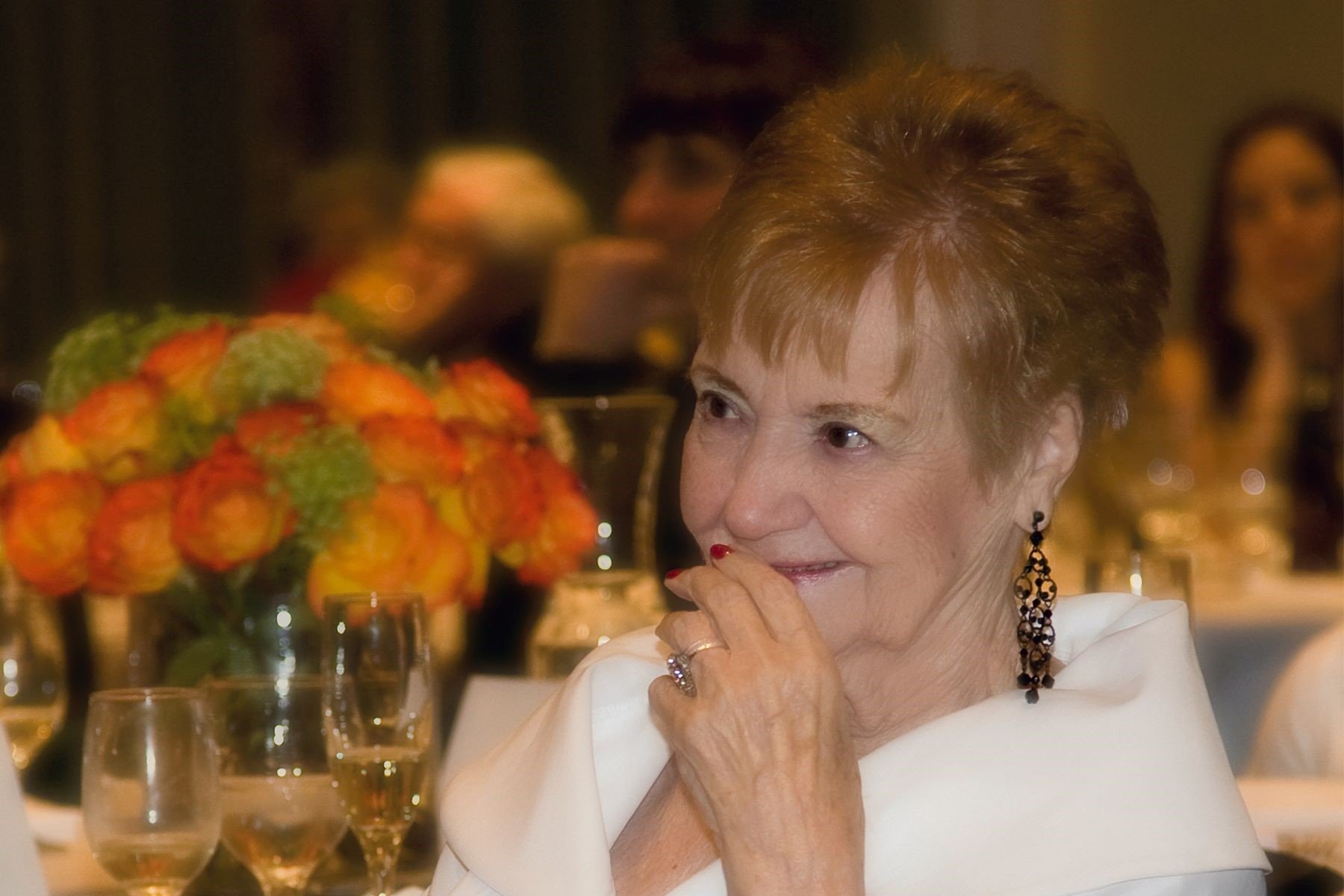 In sure and certain hope of the resurrection to eternal life, our mama and grandmother, Louise went gently into the arms of her Savior on September 24th 2021 at the age of 103.

Born on February 17th, 1918 in Brussels, Belgium, she was the oldest daughter of Jacques and Josephine Dewee Moriau. She was followed by her amazing brothers and sisters, Rosa, Franςois, Clementine, Jean, Robert, Nicole and Roger. At 15, she lost her own mother at age 38, but somehow knew exactly what mothering meant.

During World War II, while riding a streetcar with her best friend, an American soldier got on with them. The soldier had delivered a message to one of his buddies’ girlfriend and the family wined and dined him, so he arrived on the streetcar with a bottle of wine and proceeded to share it with everyone on the car. While doing that, he noticed a very beautiful young woman and began trying to talk with her in his very meager French. He was so enthralled that he forgot to count the stops to the hotel where his unit was staying on weekend leave. At the end of the line he had no clue as to where he was. Long story short, he stayed the night at her friends’ parents’ house and in the morning she helped him track back to his unit just before they left Brussels. They stayed in touch. He was a medic so just behind the front
lines, she was able to slip a visit with him from time to time and he with her.

After the war ended, they were married and soon a baby was on the way. A daughter was born in Brussels and shortly after that, she and her baby boarded the SS Brazil and sailed for America to reunite with her husband in Wilmington.

Her life had been good in Belgium despite the war and other difficult things, but she embraced America and Wilmington, though so different from her own culture, and her husband’s large loving family. Louise was a very happy person, loved to laugh, loved people and was so very strong in her faith that she accepted things she could not change because she knew who had her back.

Armed with a hardworking ethic, 8 years of English and fluent in several other languages, she began working at France Neckwear Mfg., pressing neckties. Before too many years, she had worked her way up to Office Manager of Garver Mfg., the sister company of France Neckwear. She gained many, many close friends at work and they worked hard and laughed hard. Mom never said anything bad about anyone and I don’t know anyone who ever said anything bad about her. The people at France Neckwear and Garver raised money to help her with her first trip back to Belgium to visit family and the Brussels World Fair in 1958 – that’s how much she was loved. She was there for a month and her boss, Harold Blakeman, wrote the most beautiful and touching letter to her while she was away.

During her years in Wilmington, she and daddy added to their family. After Betty, there was Herbie, then Mike, Anna, and last but not least, our baby brother Jere. All the while she worked, we say, out of self-defense.

Mom retired from Garver, then went back to and then worked at our brother’s business. We don’t know how many times she retired, but she was still going into work in her mid 90’s.

Mama lost her handsome soldier and our dad, Herbert Earl Walton, Sr., in 1986, and she was by his side for the entire year he was ill.

One of her grandchildren wrote on her 103rd birthday, “Meme/Mema, We are so grateful for every minute you have blessed us, for everything you have taught us and showed us through example, but especially every smile! You have raised us all into one incredible, loving and faithful family, and there isn’t a day that goes by that we don’t let the joy you’ve put into us shine through. Thank you for wearing so many hats throughout our lives, and always supplying us with exactly what we need. We are so fortunate that God thought so kindly of us when he gave you as our mother and grandmother and we only hope to repay Him! We love you always and forever!”

Louise was also blessed by so many extended family members in Belgium and in the US, who all respected and loved her. For her 100th birthday celebration, 18 family members flew from Brussels to Wilmington to help her celebrate and she was also honored by nieces and nephews from her American family as well as many friends.

In her 90th birthday photo album, her nephew, Gene King, who is a professional and the “Louise Walton Event” photographer, wrote in her album, “For your love, faith, and caring. For goodness of heart and beauty of spirit….we are profoundly blessed and enriched in who we are and what we share as a family.”

Louise and all of us were blessed to share so many years of love and laughter and she will be missed but we know it is well with her soul. So, in the words of our brother Jere, “And that’s what you get!”

A graveside memorial service will be on Friday, October 8th, 11:00am at Oleander Memorial Gardens and inurned next to her beloved husband.

Memorial gifts may be made to St. Paul’s Lutheran Church, 12 N. 6th Street, Wilmington, 28401 or to a charity of your choice.