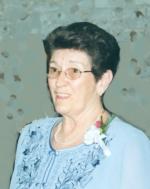 A memorial service will be conducted 2:00 PM Wednesday September 22, 2010 at Wilmington Burial and Cremation Service. The family will see friends immediately following the service.

The family would like to thank Shawn Johnson the hospice nurse for all the special attention she showed to the family during Martha’s illness.

The family would like memorials be made to Lower Cape Fear Hospice 1414 Physicians Drive Wilmington, NC 28401